Please ensure Javascript is enabled for purposes of website accessibility
Log In Help Join The Motley Fool
Free Article Join Over 1 Million Premium Members And Get More In-Depth Stock Guidance and Research
By Maurie Backman – Jun 28, 2020 at 8:49AM

The last thing you need during these stressful times is a tax audit. Here's how to avoid one.

With the tax-filing deadline set for July 15, now's when Americans who have ignored their taxes thus far should really get moving. But at a time when so many people are experiencing their share of financial stress, the last thing you need is an IRS audit on your hands. As such, it pays to avoid these red flags that could subject your return to further scrutiny.

The tax forms you receive summarizing your various types of income aren't just sent out for your benefit; the IRS receives a copy of each one as well. That means you must report all of your income, including the $72 in savings account interest you earned or the $800 you received from a client in exchange for some freelance work you did last year.

If the income you report on your tax return doesn't match what the IRS has on file, you can pretty much bet on hearing from the agency after the fact, so don't take that chance. Instead, comb through all of your tax documents and make sure you're reporting every dollar you took in during 2019. 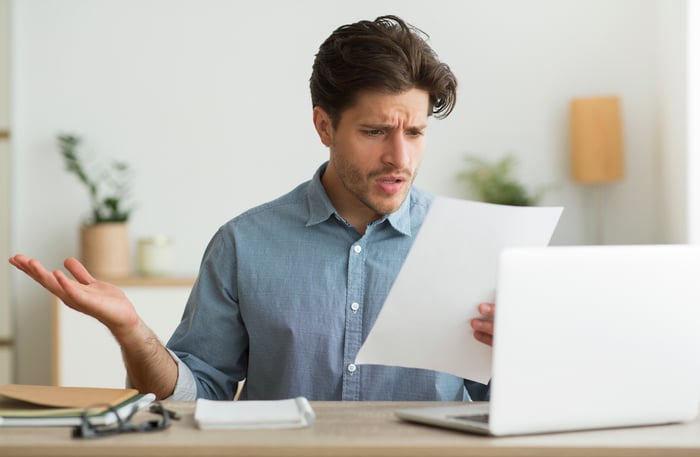 As a tax filer, you're entitled to claim a host of valuable deductions that could substantially lower your tax burden. And generally speaking, there's nothing wrong with claiming those deductions. It's when those deductions don't make sense given your income level that the IRS starts to get suspicious.

Imagine you report $50,000 in income for 2019, but you also claim $15,000 in charitable donations. It could be the case that you're just a generous person, but most people who earn $50,000 a year can't afford to part with that much for charity purposes.

Similarly, if you own a business, you have every right to deduct expenses you incur in the course of earning money. But if your reported earnings total $60,000 and you claim $40,000 in business expenses, the IRS will likely question that figure.

As such, make sure the deductions you claim on your tax return align with your income level. And if they don't, but they're still legitimate, make sure you have ironclad proof in case the IRS gets in touch requesting that documentation.

The IRS has an easy way to tell when tax filers are guessing at their deductions rather than relying on firm figures: Their deductions consist of perfectly round numbers. Imagine you're able to claim a medical expense deduction on your taxes, and in the absence of receipts (or wanting to sort through them), you take a deduction of $4,000. That number is almost too clean to be true, so there's a good chance the IRS will question it more so than a claim of $4,073.

Right now, a lot of Americans are grappling with income loss, financial insecurity, and health concerns, and so it pays to avoid a scenario where a tax audit gets added to your personal list of stressors. Steer clear of the aforementioned triggers, and with any luck, you'll avoid unwanted scrutiny from the IRS this year.