Please ensure Javascript is enabled for purposes of website accessibility
Log In Help Join The Motley Fool
Free Article Join Over 1 Million Premium Members And Get More In-Depth Stock Guidance and Research
By Maurie Backman – Jul 4, 2020 at 10:50AM

An extension can buy you a few extra months to get your return in order -- but that's about it.

When the COVID-19 crisis exploded back in March, the IRS was quick to realize that Americans did not have the capacity to deal with taxes at a time when the entire country was suddenly grappling with a pandemic. As such, it pushed the April 15 tax filing deadline back three months, giving the public until July 15 to submit their 2019 returns.

Recently, the IRS toyed with the idea of extending the deadline even further, but the agency has ultimately settled on July 15, as announced months ago. But that may not be enough time for some people. If you were banking on that deadline being pushed back again, or you're dealing with a personal crisis (health-related, financial, or otherwise), then you may not be in a position to complete your tax return in the next week and a half. And if that's the case, you do have the option to request an extension. But if you're going to go that route, here's what you need to know. 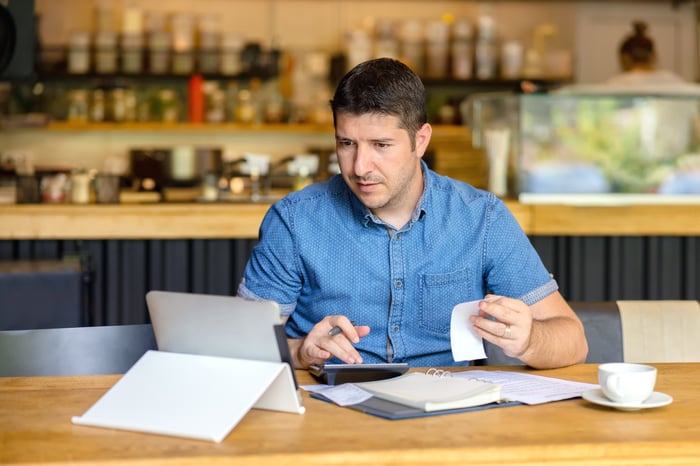 1. You'll only get an extra three months to submit your return

Normally, taxpayers who request an extension get an extra six months to get their returns in to the IRS. This year, that same six-month period applies, only it dates back to the original filing deadline of April 15, not the July 15 deadline. As such, you only get three months from July 15 to complete your return, which is Oct. 15.

One big misconception about tax extensions is that they're a good way to postpone payments you owe the IRS. Not so. The only thing a tax extension will do is give you more time to submit a return; it won't give you more time to pay your tax bill. Therefore, if you owe the IRS money from 2019 and you don't pay it in full by July 15, you'll be subject to a late payment penalty equal to 0.5% of your unpaid taxes for each month or partial month you're late, up to a total of 25%.

Now you may be thinking: "If a tax extension doesn't give me more time to pay, why bother with one at all?" But here's the reason. If you're late with your tax return and you owe the IRS money, you'll be slapped with a very costly failure-to-file penalty equal to 5% of your unpaid tax bill for each month or partial month it remains outstanding, up to 25%. That's a much harsher penalty than the late payment penalty, which is why an extension is necessary -- even if you still need to pay in July.

How to file for a tax extension

If you can't complete your taxes by July 15, you can submit Form 4868 and get yourself three more months. However, you'll also need to estimate your tax liability for 2019 and fork over that amount to avoid the aforementioned late payment penalty. If you end up paying too much in the absence of final numbers, you can always get that money back when you actually submit your return.