Please ensure Javascript is enabled for purposes of website accessibility
Log In Help Join The Motley Fool
Free Article Join Over 1 Million Premium Members And Get More In-Depth Stock Guidance and Research
By Maurie Backman – Jul 14, 2020 at 8:18AM

Don't be surprised if you get an initial refund -- and then a follow-up payment.

Tax-filers were cut a break earlier this year, when the COVID-19 outbreak exploded domestically. In March, the IRS announced that taxes would not be due on their regular April 15 deadline. Rather, filers would get an extra three months to get their returns completed.

Pushing back the tax-filing deadline no doubt took a load of stress off of the many Americans who were too consumed with pandemic-related concerns to focus on getting their returns done. But in postponing the filing deadline, the IRS also opened to the door to delayed refunds, as filers who took the extra three months to get their taxes done would, in turn, have to wait that long to get any money they were due back as a result.

But thankfully, the IRS recently announced that it will be paying interest on late refunds dating back to the original April 15 filing deadline. This means that those who file a tax return on July 15 can still collect interest on their refunds. 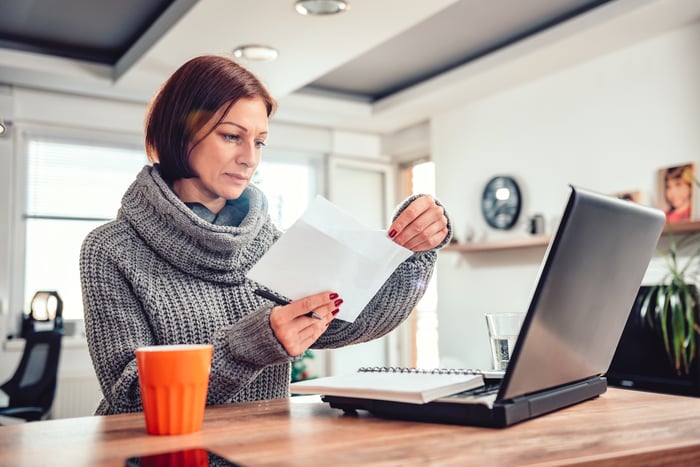 That said, interest on those tax refunds will likely come as a separate payment than the refunds themselves. And that's something filers should look out for.

One thing you should know, however, is that interest on your refund will likely come as either a second bank account deposit (for those who sign up for direct deposit) or a second check in the mail. Keep that in mind so you don't accidentally ignore that second check, or chalk it up to spam.

Another thing: Don't expect a huge windfall in refund interest form. The IRS reports that the average refund this year is $2,762. Now that figure could change as more filers get their returns completed at the last minute. But if you're due a refund in that vicinity, you're probably looking at somewhere between $20 and $30 in interest, depending on when your refund is issued. That's hardly a sum to write home about.

Still, at a time when so many Americans are struggling financially, it's better than nothing. An extra $20 or $30 could help buy a few days' worth of groceries, or help you make the minimum payment on your credit card bill to avoid being delinquent. Just keep an eye out for that additional money, and if it doesn't arrive, get in contact with the IRS to follow up.

The IRS generally issues refunds for electronically filed returns within 21 days, assuming there's no error with your taxes that needs to be sorted out first. Filing on paper will mean waiting much longer for your refund -- and any interest payment that's due along with it. If you really need money now, an electronic return is the way to go.