Americans have been desperate for relief during the coronavirus pandemic, and with lawmakers unable to come to terms on a second relief deal, workers have largely been left to fend for themselves in the absence of a follow-up stimulus check. Earlier this year, President Trump signed an executive order that allowed for a payroll tax deferral from September of December of 2020 for workers earning up to $104,000 annually. The goal of that payroll tax break was to instantly boost paychecks and give struggling workers extra money to put into the economy while lawmakers duked out a relief plan.

Normally, workers pay 6.2% of their earnings toward Social Security, while their employers pay the same amount, up to a certain wage threshold. But Trump's deferral lets workers off the hook with regard to that tax for the latter part of 2020. 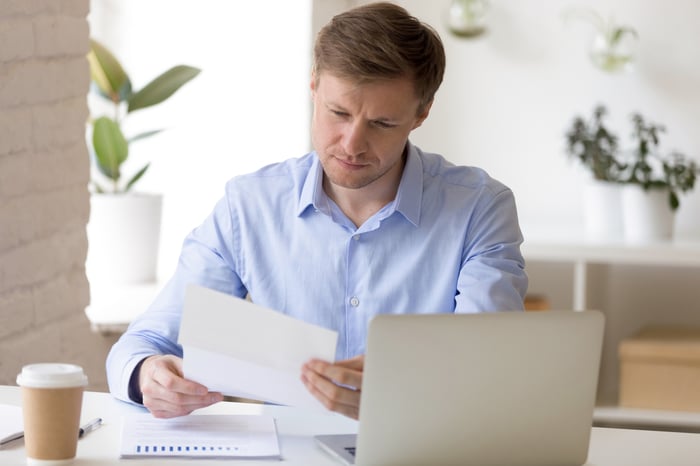 If your paychecks have gone up since September, you may be appreciating that extra money. But don't get too comfortable with it. Now that Joe Biden has been elected president, there's a good chance you'll end up having to pay it back.

Expect your 2021 paychecks to shrink

When Trump first signed his executive order, he also pledged that if re-elected, he would seek to have all deferred payroll taxes forgiven completely. But clearly, that hasn't happened, and with Biden set to take office, workers who are now getting a break on their payroll taxes should gear up for a lower paycheck next year. If you've been enjoying Trump's payroll tax deferral, expect to repay that tax in equal installments between Jan. 1 and April 30 of 2021.

Of course, this may not be the news you want to hear, especially if you're struggling financially during the pandemic. But don't forget that payroll taxes serve the very important purpose of funding Social Security -- a program you'll likely end up relying on once your time in the workforce comes to an end. If those taxes were to be completely forgiven, it could result in a serious financial shortfall for Social Security and massive benefit cuts for seniors to follow -- cuts that would drive countless older Americans into poverty.

From the beginning, Trump's payroll tax deferral was only temporary, and while he said he'd try to get those taxes forgiven, that was never a guarantee. Now that we know Trump hasn't been reelected, you can start taking a look at your expenses and figuring out how you'll cope with a lower paycheck in early 2021. You may need to plan to cut back on certain bills once your earnings go down, but the good news is that you have a heads-up about it, so it shouldn't come as a surprise. Furthermore, while your paychecks may go down as you pay back your deferred taxes, if you snag a high enough raise at your job, you may find that things even out, or that you even come out ahead paycheck-wise, so don't assume you're in for a difficult start to 2021.