Please ensure Javascript is enabled for purposes of website accessibility
Log In Help Join The Motley Fool
Free Article Join Over 1 Million Premium Members And Get More In-Depth Stock Guidance and Research
By Charlene Rhinehart, CPA - Feb 17, 2021 at 6:03AM

The country's wealthiest individuals could have another tax situation on their hands.

Former presidential candidate Sen. Elizabeth Warren (D-Mass.) proposed an annual wealth tax that would impact those with over $50 million in assets. Although there's much debate over the effectiveness of a wealth tax, there's one thing we know for sure: It would be a big shift in U.S. tax policy.

A wealth tax is completely different than an income tax, but both aim to increase the amount of taxes paid by those who are well-off. As policymakers dive deeper into the ability to raise revenue by targeting wealthy individuals, the big question still remains: Is a wealth tax the solution to closing the nation's wealth gap? Here's what Elizabeth Warren has to say about this. 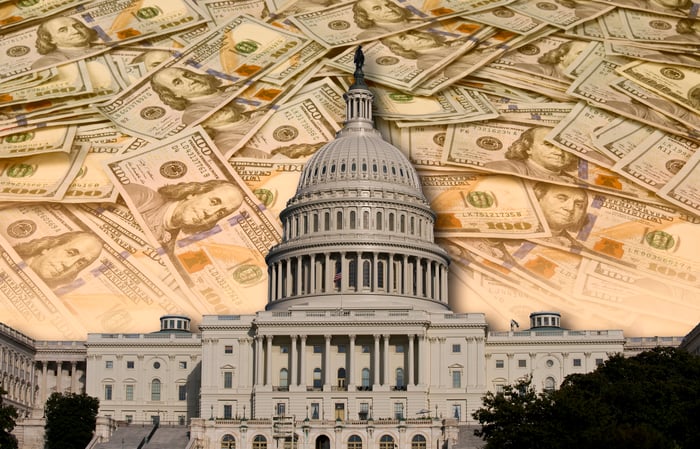 How a wealth tax usually works

A wealth tax, also known as capital or equity tax, is typically a tax on net worth. This is simply an individual's assets minus liabilities. Countries can impose this tax annually, once, or sporadically, but the goal is to prevent the growing accumulation of wealth in the hands of a few individuals so that resources can be spread more equitably within a country.

Americans know about income taxes all too well, but the concept of a wealth tax can be a murky idea that can cause some angst. While an income tax is paid based on any income earned or otherwise generated in a given year, the wealth tax is based on all assets, including those that have been accumulated over time.

Let's say there are two teachers earning $50,000 per year. If all else was equal, they would pay around the same amount in income taxes if they have a similar filing status and no other taxable income.

But here's the kicker: The net worth of these two individuals could be completely different. One teacher could have no savings or investments and a net worth of $500. The other teacher could have a healthy savings account, a portfolio of investments that benefited from stock market highs, retirement luxuries, inherited assets, and no debt -- this could lead to a net worth of $100 million. Although the income from work is the same, the net worth is a whopping difference that is disregarded for tax purposes. A wealth tax aims to remove the tax gap between net income and net worth.

Warren's wealth tax initiative would apply to those with more than $50 million in accumulated assets. The first $50 million in assets would be exempt from taxes. As soon as an individual exceeds the $50 million mark, there would be a 2% tax on assets, and that number would increase for those who have assets valued at more than $1 billion. Warren is hoping that this wealth tax would generate $3 trillion in revenue over the next decade.

By targeting the country's richest individuals, Warren believes that the nation is "investing in building a future."

The rise of economic inequality in the United States has caused many economists, activists, and lawmakers to take another look at the current structure of the tax system.

While the progressive tax system in the United States aims to tax those at the highest end of the tax scale with tax rates as high as 37%, many wealthy individuals have been able to bypass enormous tax bills through various strategies. One popular strategy is to convert income into assets that unlock lower capital gains rates or hang on to assets to avoid triggering any tax liability.

Warren's wealth tax would represent a shift in how the country would treat an individual's net worth. If the proposal gains more momentum, we could be on the brink of a new era of wealth allocation for the next generation.