Finding good talent is critical to any business' success, but choosing the right hire is easier said than done. According to recent data from Workable, it takes 43 days, on average, for a U.S. company to fill an open position. In some industries, however, that time frame can be significantly longer. With that in mind, asking these key questions can make the hiring process more productive and help you find the ideal candidate for the job.

1. Why are you applying for this role?

It may seem like a simplistic question to pose, but having a candidate explain, in detail, why he or she wants the role you're advertising can help bring you one step closer to finding the right hire. Obviously, you're going for a more sophisticated answer than "I need a job" or "It's within my field." Rather, you're looking for insight on what your candidate expects to get out of the role, which will help you determine whether or not it's a good fit. 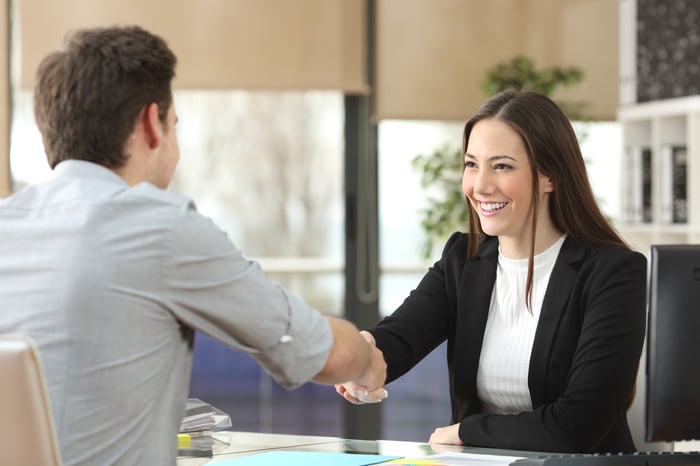 2. How would you describe your work style?

A candidate might have the best qualifications in the world and be certified up the wazoo, but that doesn't tell you whether that person will fit in well on your team. Instead, you'll need to get a sense of how that person operates, as well as the type of environment that person is looking for. You might get further clarity on this point by asking your candidate if he or she prefers to be closely managed or work independently or if he or she tends to perform better on team projects versus solo assignments. Remember, it's not just about finding someone with the proper skill set; the right attitude and personality are equally important.

3. What tricks do you use to deal with challenges or disappointment?

Many hiring managers like to ask potential employees to describe their single greatest flaw. But let's face it -- that's an extremely awkward way to uncover a candidate's inner humility. A better bet might be to spin that question more positively. By asking an interviewee to describe his or her process for tackling setbacks, you might get insight into those flaws, but more importantly, you'll get a sense of how equipped that person is to overcome them. And if you pose the question this way, your candidate is less likely to get defensive or blow off your inquiry with the classic "I work too hard and care too much."

4. What did you really like -- and dislike -- about your last role?

Understanding what your applicant enjoyed and detested in the past can help you identify similarities that can either work in your favor or raise a red flag. Say your candidate tells you he or she didn't like working long hours due to other people's inefficiency. That could mean that he or she wasn't good at time management or delegating responsibilities elsewhere. Or, it could mean that this person was someone who stepped up to the plate, even when others fell down. Though these answers are often open to interpretation, they can help you get a better picture of the candidate you're considering hiring.

5. What makes you the right fit for this job?

Asking a candidate why he or she wants a given role is one thing, but this question forces that candidate to come up with a solid elevator pitch, pronto. And that's a good thing, because by asking it, you're giving your potential hire an opportunity to not only review his or her best qualities, but prove that he or she put some thought into this particular job. If anything, you'll get a strong sense of whether that person did the right research into your company and showed up prepared.

Picking the best hire is critical on so many levels. No matter the role, asking the right questions during the interview process can help you arrive at the optimal choice for your business.