Please ensure Javascript is enabled for purposes of website accessibility
Log In Help Join The Motley Fool
Free Article Join Over 1 Million Premium Members And Get More In-Depth Stock Guidance and Research
By Keith Speights - May 20, 2017 at 9:41AM

Entrepreneurs in any industry can learn from these ideas successfully executed by trailblazing companies.

Entrepreneurs are by nature big-idea people. They're creative. They're innovative. But it doesn't hurt for entrepreneurs to be copycats now and then by learning from the experiences and ideas of others.

Who, then, could be better for entrepreneurs to get ideas from than some of the most innovative companies on the planet? After all, these businesses were originally started by entrepreneurs themselves. What can be learned from big corporations like Facebook (META -0.11%), Priceline Group (BKNG 0.71%), Disney (DIS -0.11%), Tesla (TSLA -0.37%), and Johnson & Johnson (JNJ -0.48%)? Here are five ideas from these successful innovators that apply to entrepreneurs in any industry. 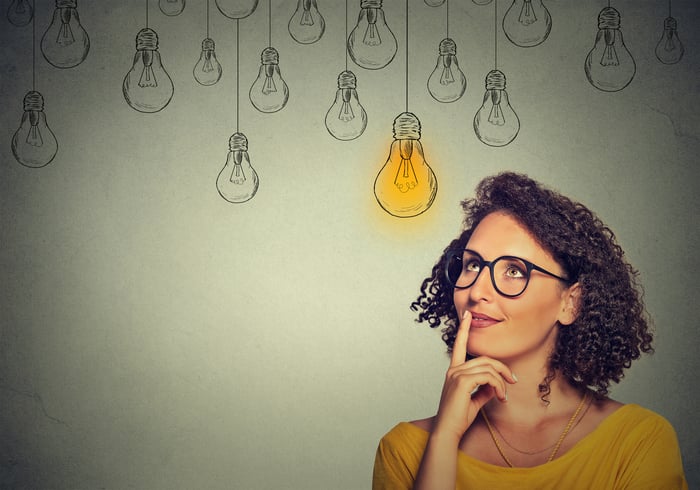 Facebook is the world's largest social network, with nearly 2 billion active users each month. Those users include teenagers, parents, and grandparents. But it wasn't always this way.

When Mark Zuckerberg first launched the initial Facebook website, it was targeted only to college students. In fact, originally only one college enjoyed use of the social media network -- Harvard University. Zuckerberg later opened Facebook up to other colleges and eventually to those not in college.

Starting with a niche market worked very well for Facebook. It's also a smart idea for entrepreneurs in general. By focusing on a smaller and narrowly defined customer base, businesses can fine-tune their products and services before going after a larger market.

Disruptive used to be viewed as a negative word, but it isn't one when it comes to starting a business. Priceline is a great example. The online travel service company launched its website in 1997 with a radically different idea about how customers could benefit from low-priced travel.

Jay Walker, founder of Priceline, liked the idea of customer being able to name their own price for travel. That's exactly what Priceline allowed people to do. And it caused an earthquake in the travel industry from which the reverberations can still be felt.

Creating disruptive innovations is how entrepreneurs can still be wildly successful. Whatever your business is, think about how you can offer products or services in a way that no one has done before -- and that will provide significant benefits to your customers.

3. Disney: Create a memorable experience for your customers

How many companies deliver such great customer experiences as Disney? From its classic movies to its well-run theme parks, the Disney name has become synonymous with magical experiences.

That's exactly how Walt Disney wanted his company to be from the beginning. He was able to achieve that goal by a painstaking attention to detail that continued even after his death. For example, customers never see overflowing trash cans at Walt Disney World. That's because trash is sucked into vacuum tubes and then propelled at 60 miles per hour to a central collection point.

The lesson that all entrepreneurs can learn from Disney is to make your customers' experience a memorable one (in a good way, of course). How you do this will depend on the type of business that you operate. But if you create positive, memorable experiences for customers, they're likely to give you more business themselves and tell others about your company.

4. Tesla: Leverage your strengths to expand into new markets

What comes to mind when you think about Tesla? Most people probably envision one of the company's sporty electric cars. Tesla is more than just an electric-car manufacturer, though.

In 2015, Tesla jumped into the residential energy storage market by launching the Powerwall. The rechargeable lithium-iron battery is typically connected to a home solar panel system. When customers' solar panels generate more electricity than needed, Powerwall stores it for them to use later. And Tesla has a solution for that solar panel system, too: The company introduced its solar roof panels earlier this year.

The idea that entrepreneurs can take away from Tesla is to leverage your strengths to expand into additional markets. Tesla's battery technology for powering its cars was great, so applying it to a residential setting was a smart next step. Regardless of what industry you're in, this concept can be applicable for growing your business.

5. Johnson & Johnson: Learn to fail quickly and move on

Johnson & Johnson has been around for 130 years. It's one of the most successful and most admired companies in the world. One way J&J has earned that success and admiration is that when it fails, it moves on quickly to something else.

While Johnson & Johnson is probably best known for consumer products like Band-Aid and baby powder, the company makes nearly half of its total revenue from its pharmaceutical business. J&J claims one of the best drug pipelines around, but you won't hear about a large number of its drugs. That's because, like other pharmaceutical companies, J&J has built a process to try to identify drugs that won't be safe or effective as early as possible. If a drug is destined to fail, the company wants it to happen quickly so it can invest in more promising drugs.

Entrepreneurs should try to mimic J&J in this respect. When you try something new, define detailed parameters that will help you determine as quickly as possible if the idea is a dud. Doing so will allow you to allocate your time and money to those ideas that will prove successful.