Missing out on workplace promotions is never fun. These might be some of the reasons why you keep failing to make the list.

In the working world, there's perhaps nothing more frustrating than getting constantly passed over every time a promotion comes up for grabs. Now, in some cases, promotions are a matter of pure seniority, but you can't always count on getting promoted by virtue of having been employed for a specific period of time. Rather, you'll need to actually earn that promotion, and while some of that means showing management what a rock star you really are, a big part of getting promoted is knowing what not to do. CareerBuilder did some research in an attempt to uncover the top reasons why employees miss out on promotions, and some of the results might surprise you.

Based on a survey of over 2,000 human resource professionals spanning a wide range of industries across the country, here are the top reasons why managers end up passing over employees for promotions, along with the percentage of managers for whom each trait is a deal breaker:

Of course, most of these shouldn't come as a shock. But now that you're aware of these common barriers to getting promoted, you can take steps to address them. 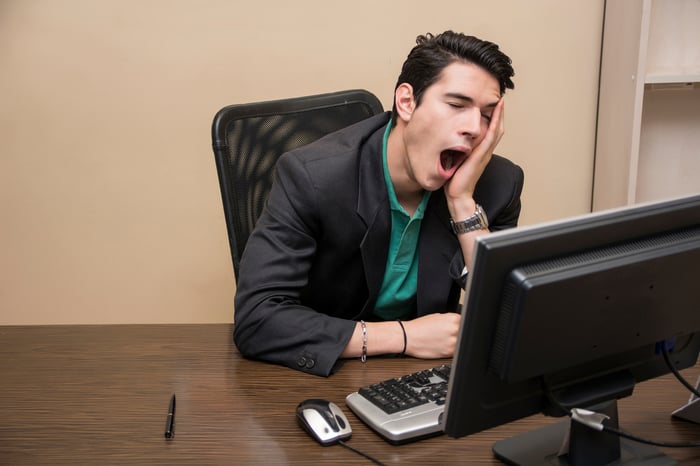 Let's start with the first item on the list -- a bad attitude. While you don't need to walk around with a Joker-style smile on your face all the time, you can take steps to come across as more confident and supportive. It might sound cliche, but a can-do attitude is often the thing that sets promoted employees apart from the pack.

Another item that's apparently quite frowned upon, but also fairly easy to address, is punctuality. If your company loathes lateness, get an extra alarm clock, take an earlier train, or do whatever it is you need to do to ensure that you're at your desk on time -- even if that means leaving ridiculously early to avoid traffic and lurking an extra 20 minutes in the company parking lot.

Now let's talk language. Look, we all have our moments, and when things get stressful, it's easy to let the occasional bomb slip through. But when you use that kind of lingo at work, it sends the wrong kind of message, so do your best to clean up your act.

Of course, some of the items on the list are easier to remedy than others. Take sick days, for example. Some people are just more naturally susceptible to germs, and if you get sick more frequently than, say, that coworker who sits to your left, there's really not much you can do about it. Still, you can try being a bit more judicious about calling out for the day. No one's saying you should drag yourself into the office after a morning of fever and stomach-related upheaval, but if it's a cold or something minor, make an effort to show up. Also, it wouldn't hurt to document some of your absences with a doctor's note, if possible. Your employer will have a harder time holding sick days against you if you can prove just how ill you've actually been.

Finally, while you may not have quite as much control over the number of personal calls you get at the office (say, you're dealing with a family crisis) or the number of days you're forced to leave early (when your day care center calls with a sick child alert, there's really not much you can do about it), there's absolutely no excuse not to stay off social media. It doesn't matter if you only log on once an hour; if your boss constantly walks by your desk and catches you on Facebook, it's going to send the message that you're not taking the job seriously.

Believe it or not, sometimes it's the most seemingly innocuous habits, like letting paperwork pile up on your desk, that spell the difference between snagging a promotion or getting stuck in a rut. The more of an effort you make to change your ways, the better your chances of finally getting the new title you've been vying for.