Please ensure Javascript is enabled for purposes of website accessibility
Log In Help Join The Motley Fool
Free Article Join Over 1 Million Premium Members And Get More In-Depth Stock Guidance and Research
By Tim Brugger - Jul 3, 2017 at 7:40AM

There are several steps you can take to increase your chances for getting a raise.

The time has come to be compensated for your true value, so now what? For many, discussing pay with an employer has about as much appeal as a trip to the dentist's office, but it doesn't have to be a painful ordeal if you lay some groundwork first.

As with most things, there are right ways and wrong ways to approach negotiating a raise. A couple of no-nos include essentially ambushing the boss to talk money, or pleading your case because of personal issues like mounting bills. Here are a few tips that won't guarantee a positive result, but will increase your chances. 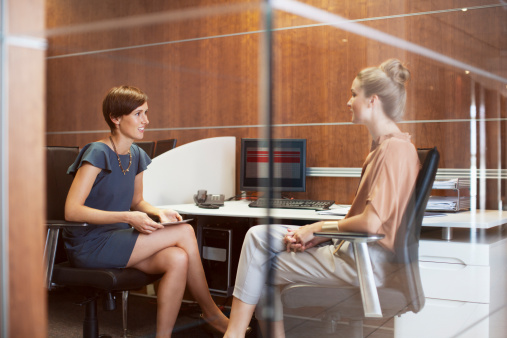 Why do you deserve a raise?

It may sound simplistic, but the first step in negotiating an increase in pay begins with a look in the proverbial mirror. Make an honest appraisal of your work habits, productivity, and similar attributes that you believe warrant a raise.

"Well, Bob does the same job I do, and he makes this amount, so I think I should too" is an almost certain conversation killer. Instead, request a performance review, or ask your supervisor for a few minutes of one-on-one time at a prescheduled meeting to discuss pay.

Remember, you've already given serious thought to why you deserve a pay increase, and followed that up by setting up a meeting, so approach the discussion with the mindset that it's your show: In a very real way it is.

Don't shoot for the moon

So, after some reflection and unbiased analysis you've determined a raise is in order -- but how much? Don't enter the discussion with your supervisor unprepared to answer the question, "Well, what sort of pay increase are we talking about here?"

That question is an excellent sign your boss is open to the idea of a raise. Your quick response will let her know you've given a great deal of thought and consideration into the discussion before walking in the door.

How do you determine how much of a raise to ask for? Company pay is often kept confidential, but a quick internet search or asking a friend in a similar position at another company will give you a basis from which to begin. Don't forget that asking for twice your current pay (or some other exorbitant amount) would not only end the discussion -- it would leave the boss wondering about your commitment to the company beyond how much money you make.

The third tip to negotiating a raise is my personal favorite, and I've used it successfully several times over the years. After some reflection and an honest self-appraisal, along with some background research to determine an appropriate pay increase, ask for a few minutes of your supervisor's time to discuss compensation.

But rather than state your case for why a raise is warranted today, ask for assistance in determining appropriate benchmarks or other measures of productivity, leadership, and positive attributes that prove your value. Then schedule another meeting to review your performance relative to the benchmarks. In my experience, the follow-up discussion was usually a month or so down the line.

Not only does this approach to securing a raise improve the chances of success, it also leaves your supervisor with the unmistakable impression you are committed to the company and your position for the long haul. The last time I secured a raise in this manner, I knocked on my supervisor's door at the exact time and day we'd agreed on the month prior; she asked me in, smiled, and said, "I figured I'd see you today."

After you do an honest pre-raise assessment, it's helpful to write your reasoning down. Putting salient points down on paper will help clarify the attributes that warrant a pay raise, which better prepares you for the discussion.

Remember, you've earned a raise for legitimate reasons, and it's your meeting, so enter the discussion with confidence. If you aren't certain a raise has been earned, chances are the boss won't be either. Finally, don't take "no" personally -- that would only hurt your chances the next time you ask.