Still looking for that salary boost? Here's how to know when enough is enough.

It's an unfortunate fact that in today's workplace, raises certainly aren't a given. Some companies only dish out raises to top performers; others require employees to work for more than a year before becoming eligible for a pay increase. But regardless of your company's policy or tendency, there comes a point when you can no longer sit back and idly wait for that raise to land in your lap. Here are a few signs that you're well overdue for a boost in pay.

1. Your workload has increased significantly

Taking on new responsibilities over time can be a good thing for your career, but if you're putting in long hours and delivering results in exchange for nothing more than the occasional "thank you," it's time to bring up the topic of money. Now this isn't to say that you're justified in demanding a raise the second your workload increases, but if you've established a steady pattern of going above and beyond, and have consistently had more items on your plate for several months, you should feel free to broach the topic with your manager. 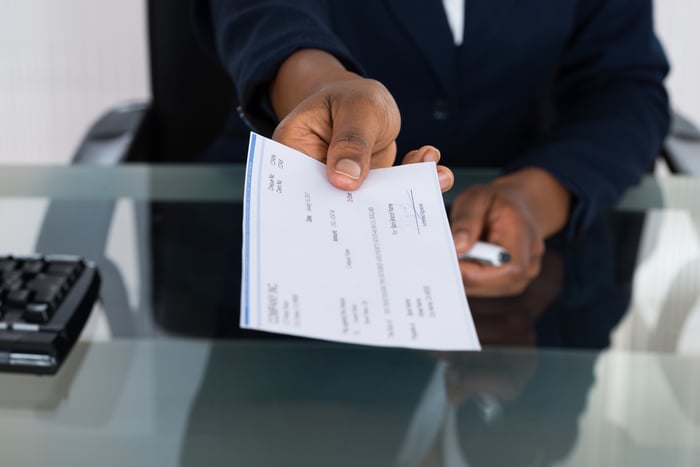 Promotions and raises don't necessarily go hand in hand. Some companies, for example, only give out raises once a year, so if you're promoted six months before the fact, you may have to wait on that pay increase. On the other hand, if you were promoted some time ago, and have been excelling in your new role for a lengthy period of time (say, a full year or more), then you have every right to request that a raise go along with that title change.

3. You haven't gotten a raise in at least two years

Perhaps you work at a start-up with limited funding, and so you haven't had a raise in quite some time due to a general lack of funds. Or maybe your company has a policy that employees need to achieve certain goals before becoming eligible for a pay increase. While it's OK for employers to set their own rules, and it's reasonable to think that a company might hold back raises one year if finances don't allow for them, you should only be forced to go so long without a boost in pay. So if you've been on the job for two full years or more, and your salary is the exact same number it was back when you first got hired, you shouldn't hesitate to speak up.

4. Your peers have gotten raises while you haven't

Perhaps the most glaring sign that you're overdue for a raise is that your colleagues have mostly gotten pay increases, but you haven't, despite a seemingly similar length of tenure and level of performance. Of course, most companies don't make salary information public (and this especially holds true if yours is only giving some people a pay increase but not others), so other than illegally accessing your employer's HR files, the only feasible way to get at this data is to ask around. And if you're going to do that, be careful, and tread lightly with the information you collect. While you're justified in bringing it up to your manager, your company might frown upon the fact that you discussed compensation with your fellow co-workers. It's a risk you might need to take, but be prepared for some backlash.

If you're overdue for a raise, you'll need to be strategic about asking for a salary increase. First, do your research and figure out what your peers are earning, both within your company and general industry. It could be that you were actually getting overpaid in the first place, and so your company might feel that your compensation is adequate given your role.

Next, schedule that talk with your boss at the right time, which means don't sit them down at 4:00 p.m. on a Friday. Rather, pick a time when you'll manage to retain their attention.

From there, it's really a matter of making a strong case for a raise. You might point out ways you've helped the company grow, save money, or improve its numbers. You can also point to the above factors as necessary. Just don't make the mistake of getting too emotional or personal. You may be annoyed that you're in the position of having to beg for a raise in the first place, but if you put together a strong pitch and keep your cool, you're more likely to get what you want.