If you're in the market for a new role, there's a good chance you're hoping for a permanent gig. Being a permanent employee comes with its share of perks, from job security to workplace benefits. Temporary employees, by contrast, don't get the same promise of a long-term paycheck, and often aren't eligible for things like employer-sponsored health insurance and paid time off.

But what happens if you're having trouble landing a permanent role, but you're offered a temporary opportunity? It's a fairly common scenario for job searchers. In fact, more than 14 million temporary and contract workers are hired each year. 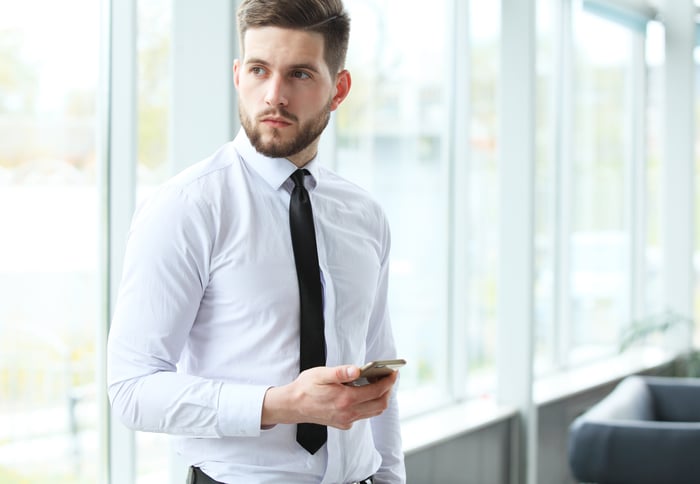 Companies often need short-term labor for busy periods or specific projects, and they don't want to offer up a full-time position for a transient business need. If you're a job seeker who's looking for a permanent role, you may worry that temp work is a dead end. However, there are a few reasons why it might pay to take that temporary offer after all.

1. It's a good way to bring in a paycheck when you need it

Most Americans are behind when it comes to emergency savings, which means they can only sustain themselves without an income for so long. If your savings are lacking, or if you're rapidly depleting them in your quest for a new job, then accepting a temporary role might be a good way to save yourself from financial ruin -- especially if the company in question wants you to start right away.

2. You'll avoid a gap on your resume

Though a gap on your resume isn't necessarily a deal-breaker for employers, you'll need to explain it to any company you apply to. If you can eliminate or shorten that gap by accepting a temporary role, it could help your career in the long run.

According to a study from OfficeTeam, 51% of hiring managers consider long periods of consistent, temporary employment comparable to full-time employment. Therefore, if you accept a temporary role for six months, at the end of which you apply elsewhere, your non-permanent employment status may not count against you at all. Quite the contrary -- it might show that you're the type who's willing to roll with the punches and do what it takes to keep your skills current.

3. It may lead to a permanent role

Temp workers often go through multiple employers before landing a permanent position, but if you take a short-term job and do your absolute best, there's always a chance that the temporary gig will evolve into a full-time job.

Think about it: It's in a company's best interest to hire internally when new positions open, because there's less training and risk involved. As a temp worker, you will have already been vetted and, no doubt, proven yourself to be a stellar employee. If you make a great impression as a temp, you may be first in line when a better opportunity opens up. And if you can really prove that your new employer needs you, then a new full-time position may even be created for you.

4. You can always leave

Just because you're hired for a six-month contract doesn't mean you can't leave sooner if another opportunity comes up. If you're worried about getting stuck in a temporary role when you really want a permanent one, fear not. As long as you resign professionally, you shouldn't have a problem going from one job to another.

The rules of leaving a temporary job are similar to those of permanent employment in that you should always give your company a minimum of two weeks' notice before jumping ship. And the more notice you can offer, the better. But if you make it clear to your manager early on that you're still seeking permanent employment, and give adequate notice, it shouldn't hurt you in the long run.

Though taking a temporary job may be less than ideal, if a decent opportunity comes your way, it often pays to jump on it, collect a paycheck, and learn some new skills while you continue your job search. It's far better than spending a few extra months sitting on your couch waiting for a job to land in your lap.

Should You Accept a Temp Job When You Really Want a Permanent One? @themotleyfool #stocks Next Article
Current