Back in the day, it used to be the case that once you got your first job out of college, you were virtually required to stick with it for at least a year's time. The same, in fact, applied to your second job, and the one after that. The idea behind the one-year rule was that jumping ship too early would be regarded by prospective employers as a sign of flakiness or an inability to commit, and so you had to stay at any given job you took for a minimum of one year, no matter what.

These days, however, job-hopping is a far more common practice, so much so that employers have come to expect it. In fact, younger workers are especially apt to have limited job stays -- 70% leave their roles within two years. 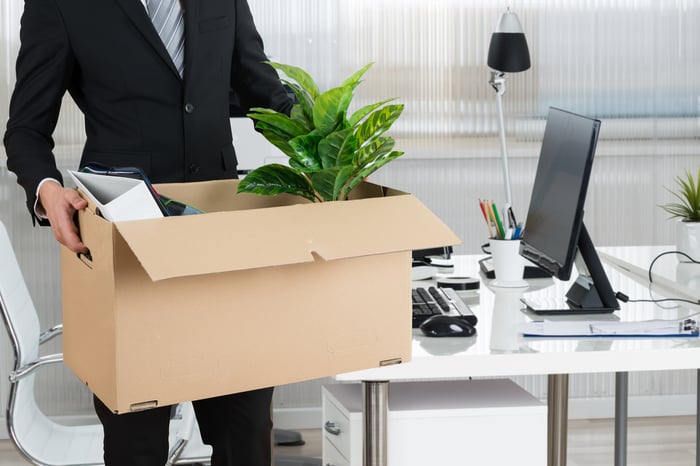 Though it's generally not a bad idea to put in at least a year's time at a given job, there are certain circumstances where it pays to jump ship sooner. Here are a few.

Perhaps you took a job with the promise of increased responsibilities in an ever-changing environment. But what happens if everyone around you is moving up, and you're going nowhere? Even if you've only been at your company for six months or so, if you can tell off the bat that you've somehow managed to land in a dead-end job, there's no point in pushing yourself to stick it out for an entire year. Doing so, in fact, might hurt your career, especially if your work is in no way enhancing your skill set.

2. You're utterly miserable after only a few months

Sometimes, despite your best efforts to read your future boss or vet your company, you wind up in a situation where you're just plain unhappy at work. Perhaps the competitive environment is one that brings you down. Or maybe you're tired of working long hours for no reason other than to meet your company's arbitrary expectations. No matter the circumstances, if you've reached the point where you're downright miserable early on, it pays to move forward and find a job that won't make you want to rip your hair out.

Not only can staying at the wrong job be bad for your sanity, but if your misery causes your work to suffer, you could end up getting fired and having to explain that to future interviewers. You're better off leaving on your own terms and finding a more suitable fit.

3. Your role was misrepresented during the interview process

It's not unheard of for a company to misrepresent what a role entails to potential candidates, whether intentionally or not. If you're in a situation where you were hired to do one job but end up doing another, and the latter is not how you want to spend your days, it's time to look into moving on, even if it means leaving before the one-year mark. Not only is this a perfectly legitimate reason to seek employment elsewhere, but it's also an easy enough thing to explain to interviewers.

While there's no need to force yourself to stay at the wrong job for a solid year, keep in mind that if you make a habit of repeatedly leaving companies after less than a year's time, it may come back to bite you. Furthermore, if you are going to jump ship before the one-year mark, be sure to do so professionally. This means providing your employer with a minimum of two weeks' notice and submitting an official resignation letter to go along with it. Losing an employee less than a year in is a harsh enough blow for any given company, so there's no need to make things worse once you decide you're officially moving on.