Here's how to know how well your salary stacks up.

No matter what you do for a living or how many hours you work, there's nothing worse than the feeling of walking around feeling like your compensation is sorely lacking. In fact, according to CareerBuilder, roughly 65% of working U.S. adults feel they aren't being paid enough.

Of course, it's one thing to want more money, but it's another to actually possess the knowledge that most people in your industry with similar jobs are making more. Here's how to determine whether you're being paid reasonably at your job or whether a sit-down with your boss is something you ought to be putting on the calendar. 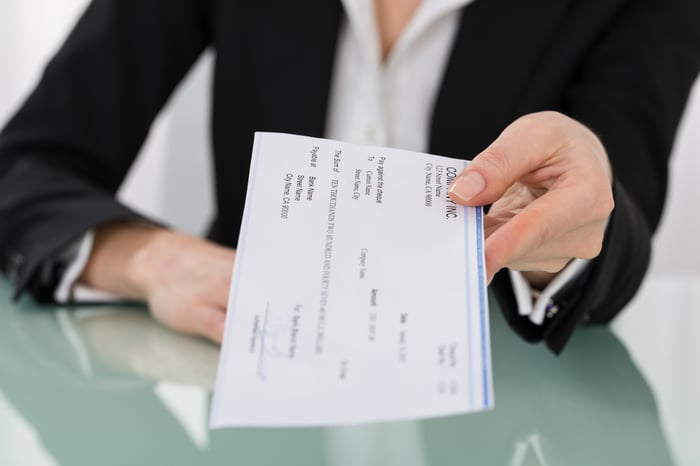 Though no two companies are the same, if you work in a specific industry, there's a general standard your employer should be expected to adhere to with regard to compensation. To figure out whether you're being paid a fair wage, go online and do some research to see what others with similar roles are earning in your neck of the woods. Glassdoor, for example, has a useful "Know Your Worth" tool that lets you compare your earnings to what others are making based on your industry, job title, and geographic location.

Remember, folks who work in larger cities tend to out-earn professionals with similar jobs in less high-profile spots, so if you're a junior engineer in rural Georgia, you may not command the same salary as someone doing your job in Washington, D.C. Tools such as Glassdoor's really allow you to compare apples to apples when evaluating your compensation.

2. Look for your job online

Another good way to see whether you're being paid enough is to search for a job that's similar to yours online. Sites like Indeed and SimplyHired are perpetually loaded with listings, so all you need to do is plug in your job title and the zip code you work in and review whatever pops up.

Of course, not all companies attach a proposed salary to job listings, but some do, so if you can gather enough of a sample set, it might help you build a case for better compensation. Even if you don't see a specific salary listed next to the jobs that read a whole lot like yours, you'll probably get a salary range at the very least. If your earnings fall well below the bottom of that range, it's a sign your employer may be taking advantage.

One final way to determine whether you're making what you should be is to talk to recruiters in your industry who have access to this sort of data. The benefit of discussing compensation with recruiters is that they'll usually (though not always) have more job information than what you'll get out of a basic online listing -- which might help you arrive at a better point of comparison.

For example, you might see a number of jobs online whose descriptions seem similar to yours, but a recruiter might manage to pinpoint three or four specific openings whose proposed salaries are considerably higher than yours. And that's information you can use to your advantage.

Fighting for a raise

If you do come to find that you're not being paid well enough, you'll need to broach the topic with your boss. Once you've done your research, schedule a meeting with your manager to review your findings, state your case, and negotiate a higher salary. Do your best to time that meeting strategically (meaning, don't schedule it for 5:00 p.m. on a Friday, when your boss is already halfway out the door), and be prepared to discuss the various ways you've brought value to your company on top of the earnings data you've collected.

Though asking for a raise can be nerve-racking, it's critical to have that conversation rather than sit back and resign yourself to a salary that's lower than what you deserve. Even if things don't go your way, the worst that can happen is that your boss or company will deny your request for a raise -- in which case you'll be well equipped to start exploring your options elsewhere.