Many workers opt to go back to school for the promise of higher earnings, a better job title, or both. And in some cases, that's a move that can really pay off. The median salary for workers with advanced degrees is $69,240, according to the U.S. Census Bureau, which is over 32% more than what those with a mere bachelor's degree are earning.

On the other hand, getting a graduate degree comes at a cost, and while the price tag can vary tremendously based on the university and program in question, it's critical to make sure that your potential earnings are enough to justify the upfront expense. With that in mind, here are the top 10 states where your graduate degree is likely to give you the greatest bump in salary over a bachelor's, courtesy of Student Loan Hero. Workers with graduate degrees in California earn a median salary of $82,299. That's a pay difference of over $24,000 compared to those with just a bachelor's. On the other hand, California has one of the highest costs of living in the country, so if you're thinking of moving there to make the most of your advanced education, you may want to weigh the expenses you'll face against the salary you'll earn. Virginia employees with graduate degrees earn a median salary of $81,401, which is over 40% more than what those with a bachelor's make. Furthermore, Virginia is one of six states where holders of advanced degrees earn median wages above $80,000 a year. The median salary for folks with graduate degrees in Utah is $67,575, which represents a nearly 45% bump over holders of just a bachelor's. Just as notably, Utah boasts some of the lowest levels of student debt in the country, which means that graduate degrees might be more affordable than you'd think. Though not a state, the median salary for graduate degree holders in our nation's capital is an impressive $88,431, which is about 37% more than what you'll get with a mere bachelor's. While government jobs are plentiful in D.C., there are all sorts of opportunities to explore if you're coming in with an advanced degree under your belt. In Idaho, you'll earn a median salary of $60,922 if you come equipped with a graduate degree. That's a 44% bump compared to having just a bachelor's. Furthermore, Idaho boasts the second-highest pay raise, percentagewise, for holders of graduate degrees, despite offering the lowest actual pay among the top 10 states on this list. 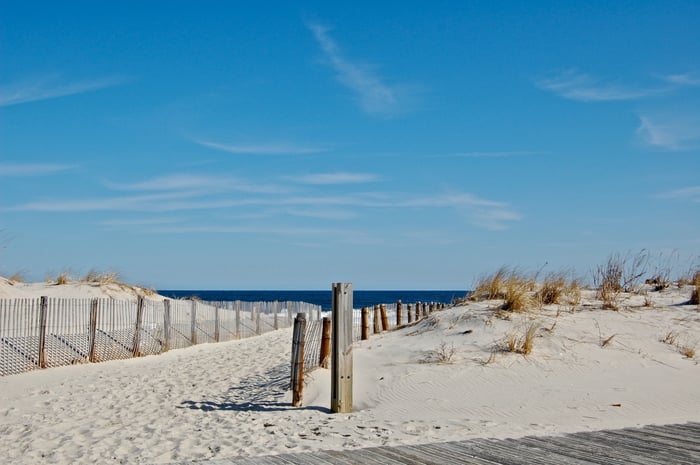 Though you'll pay a lot for housing in New Jersey, you'll also earn a lot with a graduate degree. The average advanced degree holder brings home a median salary of $85,789, which is more than 35% higher than what you'll get if you only have a bachelor's degree. Maryland offers one of the highest salary differentials for those with advanced degrees. The median salary for a graduate degree holder is $84,003, which is over $21,000 more than what the typical bachelor's holder earns. While the median graduate salary in Michigan is considerably lower than what it is in other states -- just $69,099 -- those who earn advanced degrees bring home 37% more than those with a bachelor's alone. Given that the state boasts the third-lowest cost of living in the country, that $69,000 and change can go a long way. The median salary for a graduate degree holder in North Dakota is $62,675. While that may not seem too impressive, it represents a nearly 39% bump over what bachelor's holders take in. And since the cost of living in North Dakota is below the national average, that $62,675 may be more than enough to exist comfortably. Alaska closes out our list of states where a graduate degree can land you a significant earnings boost. The median graduate degree salary in Alaska is $73,871, which is about $19,000 more than what the typical bachelor's holder makes. That said, the cost of living in Alaska is a whopping 31.6% above the national average, so that $73,781 may not get you very far.

Though getting a graduate degree might result in higher earnings, be sure to consider the drawbacks of furthering your education. Not only will you open yourself up to greater levels of student debt, but if you take time off to pursue that degree, you'll forgo a salary, as well.

This isn't to say that graduate degrees aren't a good way to go, because in some cases, your earnings boost might be huge. For example, if you spend $60,000 on a master's, but get an instant $10,000 bump in salary, your degree will have paid for itself in a mere six years. On the other hand, if your graduate degree comes in at $100,000, and you only get a $5,000 annual boost in salary, it'll probably take you half your career, or longer, to recoup that outlay.

No matter what field you're in, be sure to weigh the pros and cons before moving forward with your decision. While a salary boost can be a nice reward for earning an advanced degree, make certain that number is ultimately worth the sacrifice.