Navigating the job market can be tricky regardless of what stage you're at in your career. But there's no question that older job seekers -- namely, those within five to 10 years of retirement -- have unique challenges to deal with.

Let's face it: Though age shouldn't, in theory, play a role in hiring decisions, the fact of the matter is that businesses usually sink a fair number of hours and significant sums of money into onboarding new employees and bringing them up to speed. Unfair as it may seem, it's understandable that they might prefer to invest those resources in a 45-year-old, who, conceivably, could stay put another 20 years, rather than in a 62-year-old who might be planning to retire within 36 months. 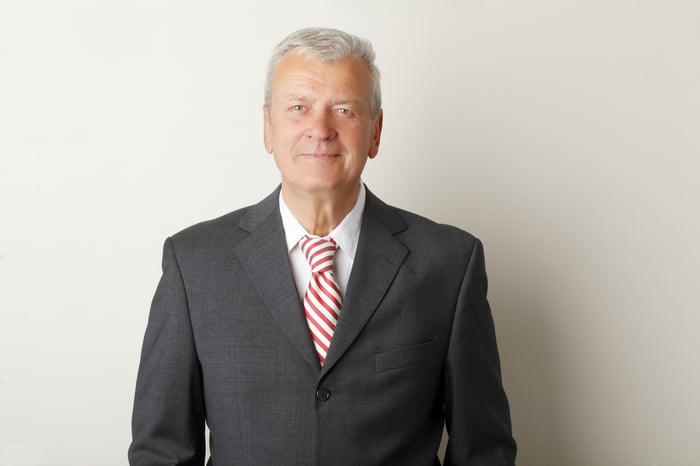 But justifiable or not, that doesn't make it any easier on older job hunters, and statistically, they're more likely to struggle to find work. After the 2008-2009 recession, it took people 55 and older an average of 40.6 weeks to find new jobs, as opposed to just 31.6 weeks for younger workers.

If you're in your late 50s or 60s and find yourself back in the job-search game, you'll need to be particularly strategic in your approach to getting hired. Here are a few pointers that can help.

1. Limit what you put on your resume

If you're an older job seeker, there's no need to list every position you've held since graduation on your resume. Similarly, you don't need to include the year you graduated college, which is always a clear giveaway that you're of a certain age. It's unfortunate but true that if you're in, say, your early 60s, some companies might discount your job application by virtue of your age alone. But if you make that age more ambiguous on an otherwise strong resume, you'll be more likely to get called in for an interview, at which point you'll have an opportunity to wow folks with your skills.

It's no secret that LinkedIn is an outstanding resource for job searchers of all ages. But establishing a presence on LinkedIn won't just help you land a job by virtue of enabling you to network; it'll also send employers a message that you haven't fallen behind the times, and that you're not one of those people who's in any way afraid of the Internet. (Believe it or not, they're out there.) Incidentally, LinkedIn also boasts more than 10 million active job posts, so you can basically consider it your one-stop shop for gaining employment.

Let's get back to networking for a minute. If you're a more seasoned member of the workforce, chances are you've made your share of connections over time. And if that's the case, then tapping those contacts could be the most vital move you'll make in your quest for a job. Not only do personal recommendations carry a ton of weight when it comes to hiring decisions, but knowing someone on the inside at a company that's looking might allow you to get your foot in the door sooner than outside applicants.

Furthermore, if you know people in senior roles who are in a position to pull strings in your favor, it never hurts to appeal to their sympathies. As older members of the workforce, they might quickly identify with your plight and go out of their way to help you.

4. Focus on your most recent and relevant experience during interviews, not your entire work history

Landing an interview is a small victory on the road to employment, but if you happen to look your age (which, let's face, many of us do), then it might, sadly, work against you. That said, a company might be more open to hiring someone in his early 50s than, say, his late 50s or early 60s, and while you absolutely shouldn't lie during an interview, it never hurts to lead your interviewer to think you might be younger than you actually are.

To pull this off, focus on discussing your most recent job or jobs, as opposed to the work you did back when you were in your 20s or 30s. Even if you don't reference specific years of employment, if you talk about the work you did in the distant past, you could end up dating yourself and lowering your chances of getting hired. Instead, emphasize the work you did during the last 10 years of your career, and talk up the skills you'll bring to the table if you are indeed chosen.

Selling yourself as a desirable hire becomes all the more difficult once you're older. But if you go about it the right way, you stand a better chance at overcoming those barriers and landing a solid job.