Though developing solid business skills is a key component of growing your career, networking is equally important, if not more so. When you connect with the right people, you open the door to new opportunities and get to learn from their experiences. The problem, however, is that some folks struggle to network more so than others. Introverts, in fact, often dread the idea of networking, so much so that they avoid it completely.

Now let's be clear: Being an introvert in no way implies that you're devoid of social skills. There are plenty of introverts who make great leaders and have active social lives to boot. At the same time, introverts tend to crave alone time, and often feel overwhelmed when faced with the notion of having to be "on" for extended periods of time. This can make networking difficult to varying degrees. 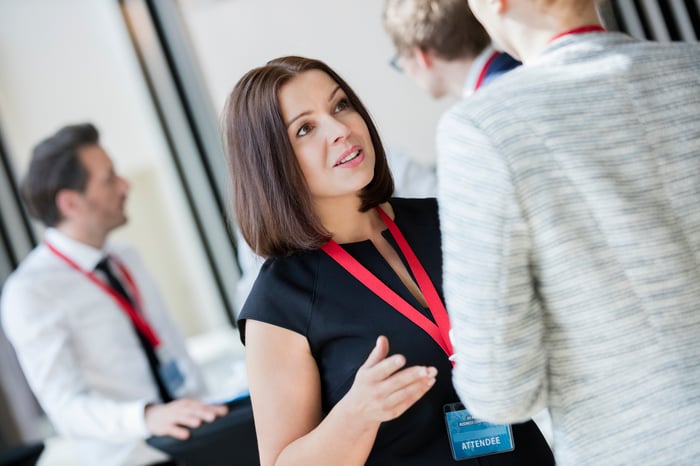 For example, as an introvert, you might pass up an industry party if the idea of attending makes you antsy. In doing so, however, you could end up missing out on a key opportunity to connect with people who can help your career.

That said, you can be a natural introvert and still do a good job of networking. You may just need to tweak your approach. Here's how.

Introverts don't always do well in large crowds. If the thought of attending a bustling industry conference intimidates you, try building relationships by sitting down with contacts individually and getting to know them in a more subdued environment, like a quiet cafe or restaurant. Having trouble meeting those people in the first place? Ask your existing associates to introduce you, or reach out via sites like LinkedIn to make contact directly. Establishing your network one person at a time might make the process less daunting.

2. Communicate in the manner you're most comfortable with

Though plenty of introverts are happy to network in person, if face-to-face interactions happen to make you uneasy, try reaching out to new associates by phone or by email. Some people find it easier to let their personalities shine through in writing, as opposed to live discussions, so if you're the type who tends to clam up on the spot, consider going the email route.

3. Don't push yourself too far outside your comfort zone

Networking isn't the sort of thing you do sporadically. Rather, it's something you should focus on consistently. That's why it's important to do so in a manner that doesn't turn you off. Knowing what parameters you're comfortable with will help you develop your own personalized approach to networking. For example, if you're at a conference, you may want to take breaks to retreat back to your hotel room between sessions or skip the group dinner if, after eight hours of nonstop interaction, you've simply had enough. Similarly, if you're at an industry happy hour and the crowd starts building, pick up and leave before the room really gets packed. Being aware of your limits will help ensure that you don't give up on networking when the going gets a bit tougher.

4. Realize that less can be more

Successful networking doesn't necessarily mean building the largest business network; rather, it's a matter of building the right network. Instead of aiming to amass a certain number of contacts, focus on developing strong relationships with a few key people who can help grow your career and serve as resources as needed. Not only might this align better with your personality, but it'll also help you network more efficiently.

For better or worse, networking is an essential part of moving up in the business world and advancing your career. Rather than let your personality hinder your networking efforts, use it to your advantage. Introverts tend to be great listeners, and that's something others are sure to value. If you focus on your strengths and do things on your own terms, you'll be well on your way to building a solid network that proves valuable in more ways than one.