Please ensure Javascript is enabled for purposes of website accessibility
Log In Help Join The Motley Fool
Free Article Join Over 1 Million Premium Members And Get More In-Depth Stock Guidance and Research
By Maurie Backman - Nov 9, 2017 at 11:03AM

You're plugging away at your job day in, day out, but you're just not happy. Maybe you're stuck in a rut, and need a new project to come your way to spice things up. But if you've reached the point where you're convinced you're in the wrong career, you'll need to make a serious move in the not-so-distant future.

Of course, switching careers is hardly uncommon. Countless workers do it each year. But if you're not sure what sort of career you want to switch into, you're liable to wind up feeling trapped even longer. 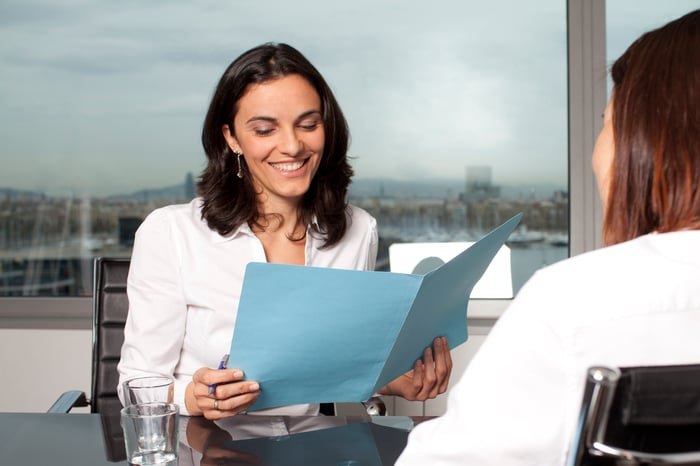 In some cases, working with a career counselor can spell the difference between feeling utterly lost in the workforce and finding a role that's engaging and fulfilling. There's just one downside to enlisting the help of a career counselor: the cost. Career counseling sessions typically run $75 to $150 per hour, but your total bill can vary significantly depending on the extent to which you need guidance. All told, career counseling could end up being a sizable investment. The question is: Is it worth it?

When to hire a career counselor

There's no need to rush to a career counselor the moment you begin to question your line of work. But if you've been stuck in a series of dead-end jobs and have given up on ever breaking that cycle, then it pays to give a professional a call. This especially holds true if you really can't put your finger on why you're unhappy at work. A career counselor won't just look at your resume and recommend your next move based on your skills and experience level. Rather, that person will work with you to pinpoint the source of your dissatisfaction, and help you avoid repeating it at your next job.

Another reason to consider a career counselor is if you've been job-searching for quite some time without any luck. Maybe you've been applying to the wrong jobs or taking the wrong approach. But if you've reached the point where you're starting to lose hope, a counselor's help could prove invaluable. And if working with a professional lands you a job sooner rather than later, his or her fee will end up being well worth the cost.

When to go it alone

Though career counselors can help in a number of ways, if you know what it is you want to do but are lacking the skills to do it, seeing a professional may not do you much good. Similarly, if you decide to make a career switch and have a specific role in mind, there's no need to call in a professional until you've made a solid effort to network your way to that job, or have gone through a number of unsuccessful interviews. You're better off saving your money for the time being and giving yourself a chance to make that move on your own.

If you are going to use a career counselor, be sure to go into it with realistic expectations. Though a career counselor can help get you on the right path, he or she can't magically make the perfect job land in your lap. You'll still need to make an effort to put yourself out there and interview like a pro if you want to get hired elsewhere.

Finally, don't assume that your relationship with your career counselor will end the moment you find a new job. As we get older, our personalities tend to evolve, and so it may be the case that you're happy in your new role for a number of months, but start creeping back toward discontentment in a year's time. It might also be helpful for you to check in with your counselor once you've settled into your new position so that he or she can help you work through the kinks.

Remember, working with a career counselor means making an investment in your future success and happiness. And it's pretty hard to put a number on that.