Please ensure Javascript is enabled for purposes of website accessibility
Log In Help Join The Motley Fool
Free Article Join Over 1 Million Premium Members And Get More In-Depth Stock Guidance and Research
By Maurie Backman - Dec 8, 2017 at 7:52AM

No raise this year? Here are a few things to ask for instead.

Though many of us work hard because we enjoy what we do and want to be good at it, let's face it: Money is often the primary motivating factor that drives our performance. So being told that you won't, in fact, be getting a raise can constitute a pretty harsh blow.

Unfortunately, in this day and age, raises at work are by no means a given. Over the past 12 months, an estimated 52% of U.S. workers saw no pay increase whatsoever. That said, just because you won't see any more money coming your way doesn't mean you can't persuade your boss to soften the blow. Here are a few benefits you might choose to negotiate when a raise just isn't on the table. 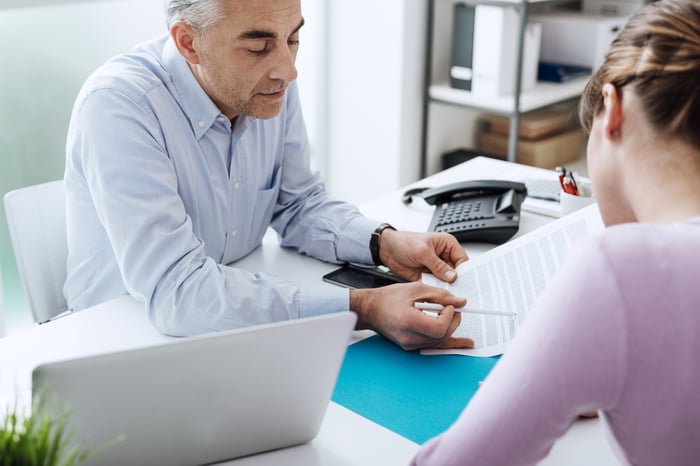 The average U.S. worker gets 10 days of paid time off per year, which really isn't a lot when you think about it. If your company claims it doesn't have the money to offer you a raise going into 2018, ask for added compensation in the form of extra vacation days. Having more time off will help you recharge and take care of the various things you need to do in life, whether it's cleaning out your basement or finally restoring that old motorcycle. Furthermore, if you choose to work a side gig during those extra days off, you can make up for the lack of extra money that way.

Most salaried workers whose earnings exceed a certain level don't get paid extra when they work more than 40 hours per week. Yet many members of the workforce put in far more than 40 hours a week on a regular basis. In fact, 40% consistently work more than 50 hours each week, while 20% clock in more than 60 hours, according to Gallup research. If your company can't offer you a raise at present, ask for compensation in the form of extra time off when your workweek exceeds the 40-hour mark, or when you put in a certain number of hours per month that's clearly above the norm.

Note that this option is different than the first one. Your company may not be so willing to appease you with extra vacation days, but giving you comp time for going above and beyond is a different story.

3. The option to telecommute

The problem with not getting a raise is pretty obvious -- you won't see an extra dime in your paychecks. But what if there were a way to lower your living expenses instead, thus making up for that absent pay boost? Thankfully, this option exists in the form of telecommuting.

One major benefit of telecommuting is the ability to save money on travel costs to and from the office. If you're currently spending, say, $200 a month on gas, and your employer is willing to let you work from home 50% of the time, you'll pocket an extra $1,200 a year, which is basically like getting a raise when you think about it.

Telecommuting also offers more flexibility -- a benefit workers crave so much that 17% claim they'd be willing to give up employer-sponsored health insurance for the ability to work remotely. Furthermore, 62% of employees have actually left or considered leaving a job that didn't offer some sort of flexible work arrangement. Even if getting to telecommute doesn't save you money on travel (say, you walk or bike to work), it might save you money in other ways. For example, if you're home more often, you might have an easier time getting your laundry done in between conference calls, thus saving you from paying for a service.

Just because you aren't getting a raise this year doesn't mean you can't sweeten the deal. If arguing for more money really isn't an option, try asking for one of these benefits instead. They'll make your life easier and serve as a reasonable reward for a job well done.