Whether you're a recent college graduate or a seasoned employee in between jobs, finding work can be a challenge -- especially around this time of year, when hiring tends to slow down and key folks are out of the office for holidays and the like. Once January rolls around, however, you're likely to find that more companies are looking to expand their staff, so it pays to get ready for that uptick in advance. Here are a few things you can do in the coming weeks to increase your chances of landing a job once 2018 kicks off.

1. Polish up your resume

Your resume is the first thing recruiters and hiring managers look at when you apply for a job, so if yours isn't clean and up-to-date, it'll definitely work against you. The first and most important thing you need to do resume-wise is review that document for errors and correct them immediately. A spelling mistake in the middle of that page sends the message that you're clearly not detail-oriented. 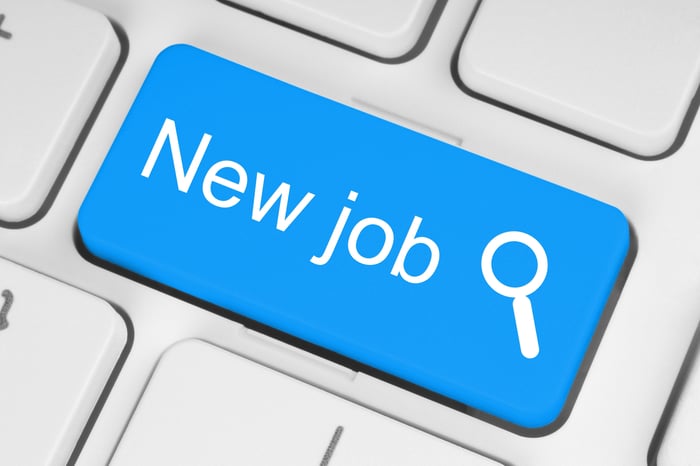 Once your egregious errors are accounted for, make sure you're listing your most relevant experience in a manner that's easy to spot. Recruiters and hiring managers will often scan resumes rather than study them during their first go-round, and then read them more thoroughly once the applicant pool has dwindled. That's why it's crucial to list your most impressive responsibilities and skills first, and then work your way down the list. If, for example, you were a sales manager whose training program resulted in a 20% increase in revenue, that should be the first thing you talk about under that job title.

Finally, aim to have a resume that's visually consistent and easy to read. If you use a small font to cram everything onto a single page, you're only going to make that document harder for folks to get through. Similarly, if you're using a bold font to indicate past positions, don't accidentally list one in italics, because that's the sort of thing that can make you look sloppy. The more polished a resume you produce, the greater your chances of landing a job.

If you want a better shot at getting hired once more positions become available, one key thing you can do is work on expanding your business network. The more quality contacts you add to your list, the more professional references you'll acquire, and the more people you'll know who might learn of job openings you wouldn't have otherwise found.

A recent LinkedIn study found that between 2015 and 2016, 85% of open jobs were filled via networking, so step up your game in the coming weeks. Reach out to former associates with whom you've lost touch, or join a professional association and attend an open event. Putting in a little extra effort now could spell success once more jobs open up next year and companies begin hiring.

If you're currently unemployed and conceivably have a fair amount of free time on your hands, why not use the remainder of the month to build some key skills? This could mean getting certified in a specific software, or taking an online course to make you a better project manager. You never know what unique skill could end up setting you apart from the pack, so it pays to focus on making yourself more marketable across the board.

Kicking off 2018 with a job offer is a great way to start the new year. Work on these three things, and with any luck, you'll find yourself gainfully employed sooner rather than later.