Even if you genuinely like your job, it's natural to reach a point where you're just plain bored with the daily grind. After all, you can only do the same things over and over again for so long before wanting to pull your own hair out.

If you've been growing increasingly restless at work, it's crucial to address the problem before it impacts your performance. Here are a few ways to make things more interesting. 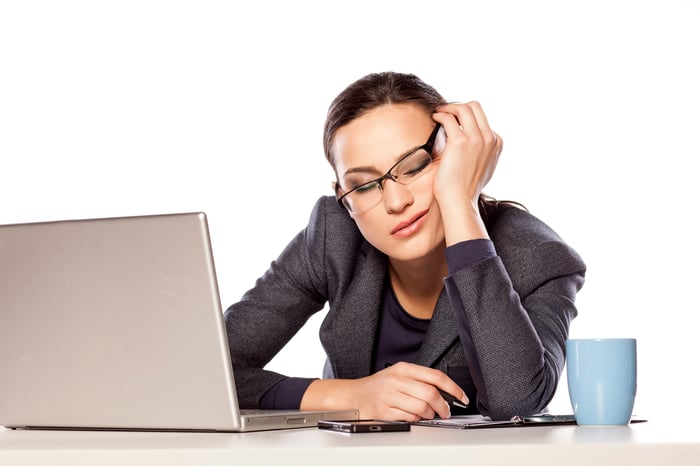 It's easy to get bored on the job when you find yourself doing the same things constantly. So if you want to introduce some variety into your workday, one of your best bets is to gain some new skills so that you're qualified to take on a wider range of assignments. You might, for example, take an online course in programming if your responsibilities thus far have been limited to troubleshooting only. Or, you can see about getting certified in a specific skill so you not only open the door to more opportunities at present, but also have something impressive to put on your resume.

2. Ask to work on another team's project

Just because you've been assigned to a particular team doesn't mean you can't branch out and ask to work with other teams. If you have a good relationship with another manager, you might ask to be put on a project you normally wouldn't get to work on. Of course, you'll need to secure your own manager's permission, and make sure your involvement in that new project doesn't interfere with your core responsibilities. But as long as you can swing it, dabbling in something completely different is a great way to get more engaged.

3. Propose a new project of your own

Maybe you're not interested in any of the projects currently happening at your company. Or perhaps your boss doesn't want you collaborating on another team's efforts, thus negating the option above. If that's the case, then spend some time thinking creatively about the sort of projects you'd be excited to do, and that might add value to your company. Then, pitch those ideas to your boss and ask for approval to head one up. Not only will getting to work on something new help negate the boredom factor, but acting as project manager when that's not your typical role will give you a brand-new perspective.

4. Seek out a lateral move

Maybe you've maxed out your interest in your current role, but aren't yet qualified to move up a level. If that's the case, you might talk to your manager or HR partner about making a lateral move within the company. This way, you'll spend your days doing things that are more apt to pique your interest by virtue of them being new and different.

If, despite the above steps, you still find yourself bored at the office, you may want to consider whether the problem isn't a matter of too much repetition, but rather, a function of being in the wrong field. Each year, countless workers switch careers when they realize they're not just motivated or fulfilled in their current roles. Pursuing a major change could be just the thing to really keep your boredom at bay -- and make you a happier employee for it.