Please ensure Javascript is enabled for purposes of website accessibility
Log In Help Join The Motley Fool
Free Article Join Over 1 Million Premium Members And Get More In-Depth Stock Guidance and Research
By Maurie Backman - Sep 19, 2017 at 8:22AM

Not all job changes involve a promotion and raise. Here's why a lateral move can also make sense.

Many members of the workforce follow a natural progression in their careers: Get an entry-level position, and keep getting promoted from there. But not every job change constitutes a step up. Sometimes, a lateral move -- meaning a move within your company, or to another employer, with a similar level of responsibilities and pay grade -- can make sense from a career-related perspective. Here are some benefits you might reap by moving sideways instead of up.

The more time you spend in a certain role, the better you develop a core set of skills. But unless you want to stay in that sort of job forever, you'll eventually need to start working on additional skills -- and that's where a lateral move can help. Working in a new area of your company (or another company) will expose you to new tasks and new sources of talent, such as your coworkers. Take advantage, and you'll build yourself up as a well-rounded employee who's more marketable in the future. 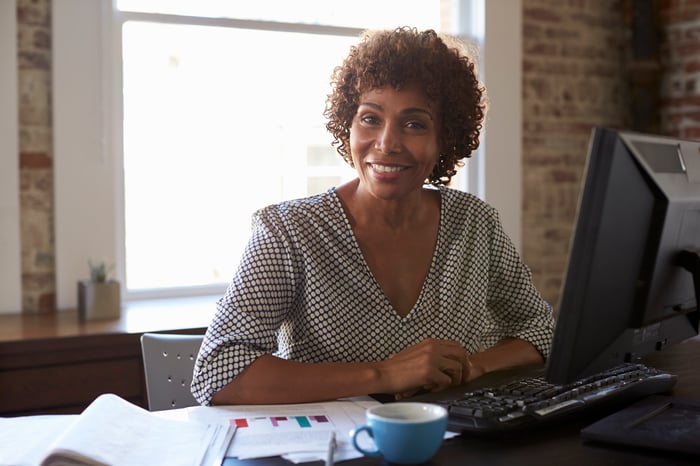 Expanding your skill set can also gain you a degree of job security, especially if you do so at the same company you've worked at for years. You never know when another recession might hit, or when your specific company or industry might take a tumble, but if it does happen, and you've worked in several key areas of the business by that point, your employer will probably push to keep you around.

Plugging away at the same tasks day in, day out can eventually wear you out. That's why so many workers end up suffering from burnout, which is clinically defined as "a state of physical, emotional, or mental exhaustion, combined with doubts about your competence and the value of your work." Ouch.

While a lateral move generally won't boost your salary, it can serve the very important purpose of keeping things interesting on the job so that you're not bored or unhappy. And the more engaged you are, the more motivated you're likely to be, which is something management is sure to pick up on.

Promotions often mean taking on a larger set of responsibilities, and with that comes the potential to work longer hours, which can be bad for your sanity and health. With a lateral move, however, you're less likely to have a need to increase your hours, or at least not on a long-term basis -- though you may have to put in some additional time initially, as you get up to speed.

4. Opening the doors to new opportunities -- and higher earnings

Even if your salary doesn't increase right away as the result of a lateral job switch, if that move makes you a stronger candidate going forward, you'll be more likely to get promoted in the future -- and with that comes the potential to boost your income. Along these lines, working at a new company, or in a new area of your present company's business, will introduce you to different contacts who might play a pivotal role in advancing your career down the line. Building a solid business network is one of the best things you can do for your career, so it always helps to do things that allow you to meet new people.

While a lateral move may not be quite as ideal as an actual promotion, if the job excites you, there's no reason not to take it. With any luck, it'll be a positive experience that ultimately serves your career well.