As a contract writer for The Motley Fool, I only get paid if I work. That makes it hard to take a vacation even though I budget, pay myself a salary, and plan for not working three weeks out of the year.

Over the past few years, I have always taken semi-vacations. I don't work as much, but I have still performed my daily non-writing responsibilities. I've also spent numerous days doing fun or relaxing things (like spending days at the beach or a theme park), but have always worked a bit late at night and early in the morning.

When you drive your own income, it's hard to say "I've made enough." Totally taking a week off has always made me nervous, because getting to relax didn't seem worth having my business bank account not move in the right direction.

For the first week of 2018, however, I wasn't really given a choice. Many of my cousins were going on a cruise and my son wanted to go along. Since my wife gets motion sick even watching a movie about boats, his attending required me to take him.

Cruises, as you may know, often have lousy internet. I bought a "premium" package which allowed me to get text messages and very slowly load web pages either early in the morning or at other times when few people were trying to use it. I was essentially cut off, and that meant I was going to relax, whether I wanted to or not. 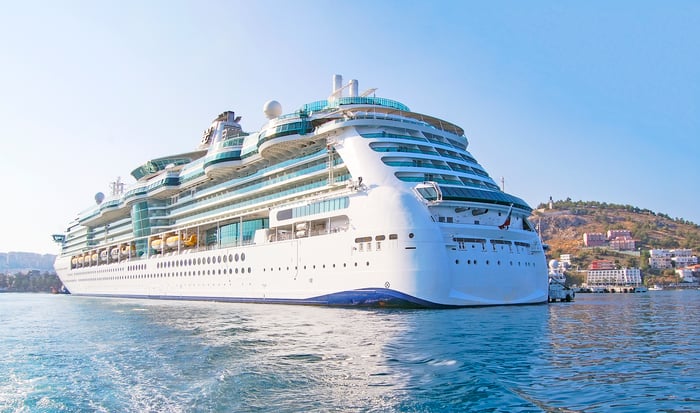 Being on a cruise ship sort of forces you to relax. Image source: Getty Images.

1. Not having to work is good

In addition to writing, I get up each morning and gather some stories from my Fool colleagues and send them to some of our partners. It's a project I helped create, and it's work I find very satisfying. It's also something I've been doing between 7 a.m. and about 8:30 a.m. for over a year.

Not having to turn my brain on that early in the morning and or set an alarm was shockingly delightful. I still woke up most days before 7 (because cruise ships are not quiet places), but not having to immediately be "on" was relaxing.

2. I am not indispensable

We all want to think that if we leave for a week things won't necessarily fall apart, but it will be noticed. That may be true in many workplaces, especially smaller ones. It's not true at Motley Fool.

I have a deep roster of talented colleagues who can fill in for me. The two who took over the non-writing part of my work did an admirable job. I'm sure some of the people who get daily emails from me noticed I was away, but the work I do every day was done as well, if not better, than it normally is.

When you work from home and are self-employed your family is probably used to seeing you work while they do other things. My son has sat playing with his phone or tablet in many a coffee shop while I worked, and my wife has gotten used to me having a laptop in front of me as we watch television.

Not having internet access forced me to not work while others were having fun around me. I participated and was more present than I usually am. That meant going to on-board shows, eating late-night food with my son and various cousins, and more fully experiencing moments I otherwise would have been present for, but not fully engaged in.

Not having to work and being able to abandon my daily responsibilities helped me recharge. But just because I did not have to work did not mean I did absolutely nothing for the week. Instead, during downtime (which cruises have a lot of) I worked on some stories and even completed a few.

I did that because I like writing and it's my hobby as well as my profession. Any writing I did was because I wanted to do it, not because I had to.

Going forward, I won't pretend I'm going to start taking three weeks off a year. I will, however, take time off when the opportunity presents itself, whether that be for another cruise or for some other travel opportunity.