Whether you're brand-new to the workforce or a seasoned veteran looking for a change, now's a pretty good time to be a job seeker. With unemployment at a relative low, there's a host of opportunity to land a job that not only brings you satisfaction, but serves the very important purpose of supplying you with a steady paycheck.

That said, your job search might end up rather fruitless if you fall victim to certain common errors. Here are a few you'll want to avoid.

1. Limiting yourself to large companies only

There's a reason many job searchers seek out roles in bigger companies. For one thing, companies with more employees and resources tend to offer better benefits than smaller firms, and their salaries tend to follow suit. 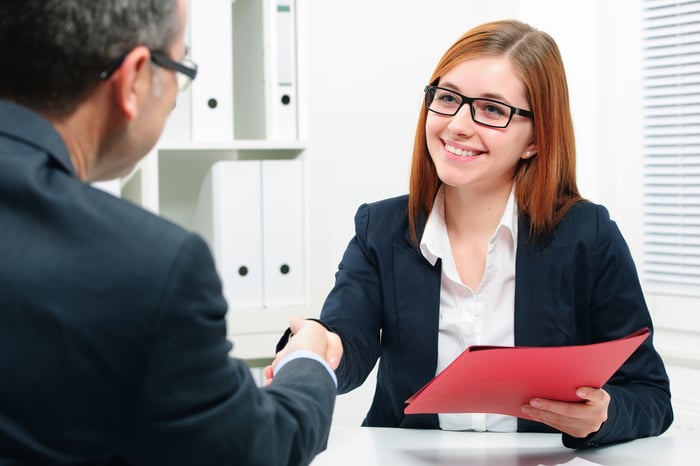 But there's a downside to working for a larger company, and it's that you're more likely to get lost in a sea of employees. So rather than limit yourself to giant firms alone in your search, look into small to medium-sized companies that are focusing on expansion. If you get in on the ground floor, you'll have a greater opportunity to not only learn more, but move up more quickly. Remember, too, that as companies grow, so too do their resources, which means that you might be looking at a much more competitive salary and benefits package in just a few years' time.

2. Not tailoring your resume to different roles

Creating a resume takes time, so it's natural not to want to repeat the process in the course of your search. But if you're not willing to alter your resume as you apply to different roles, you could end up losing out on prime opportunities.

Of course, this isn't to say you should lie on your resume -- that's never a good idea. Rather, work on emphasizing different skills and competencies based on the role at hand.

Say you're a writer who's applying for a copy lead role at a marketing firm. It pays to play up your experience working on marketing campaigns and heading up projects. On the other hand, if you're that same writer looking to work for a newspaper, you'll want to focus on your research and reporting abilities. Though tweaking your resume will require more effort on your part, it could be just the thing that gets your foot in the door -- so it's worth the additional time.

3. Not preparing for tough but common interview questions

It's often the case that a particular question will throw you for a loop during an interview, and if you botch your answer, you could end up losing out on the job. That said, there are certain common interview questions you can pretty much come to expect during the process, so there's really no excuse not to prepare some responses ahead of time. This might mean turning your greatest weakness into a positive, or learning how to discuss salary without scaring off prospective employers. Either way, the key is to do your research so you're less likely to get tripped up on the spot.

Recruiters tend to get a bad rap for being pushy and self-serving. But be that as it may, that doesn't mean the right recruiter can't help find you a job. Not only are recruiters often privy to openings that aren't listed for the general public, but they'll also typically help you nail down a solid resume and hone your interview skills, both of which can increase your chances of success.

Rather than write off recruiters completely, you can instead work on finding the right recruiter. Specifically, look for someone who specializes in your industry with a strong track record of placing employees. It also never hurts to ask for recommendations, whether from your friends, family members, or business contacts. Partnering up with a good recruiter could be your ticket to a new job, so at least be willing to give the idea a chance.

Sometimes, all it takes is a few pesky mistakes to turn your job search into one never-ending struggle. If your efforts have been going nowhere thus far, see if any of the above errors are to blame, and aim to change your ways -- before you spend another month sending out resumes to no avail.