Please ensure Javascript is enabled for purposes of website accessibility
Log In Help Join The Motley Fool
Free Article Join Over 1 Million Premium Members And Get More In-Depth Stock Guidance and Research
By Maurie Backman - Feb 3, 2018 at 8:33AM

There's no reason not to apply to the same company twice. Just be sure to go about it strategically.

Sometimes, we set our sights on certain companies to work for, only to have those same companies reject us the first time we apply. It happens to the best of us. But what if a new role opens up at a company that's already passed you over? Do you apply, knowing you've been denied in the past?

Believe it or not, there's absolutely nothing wrong with applying to work at the same company more than once. You just need to go about it the right way. Here's how.

1. Aim to understand why you didn't get the job the first time around

There's a host of reasons why candidates don't get job offers, even when they're seemingly perfect. But understanding why you were rejected the first time can help you avoid the same mistakes the second time around. So think back on your experience when you applied initially. Were you missing certain skills for the role that you attempted to talk your way out of? Did you botch the interview by coming in unprepared? Pinpointing what went wrong originally will help you improve on specifics so you have a better shot at success the second time. 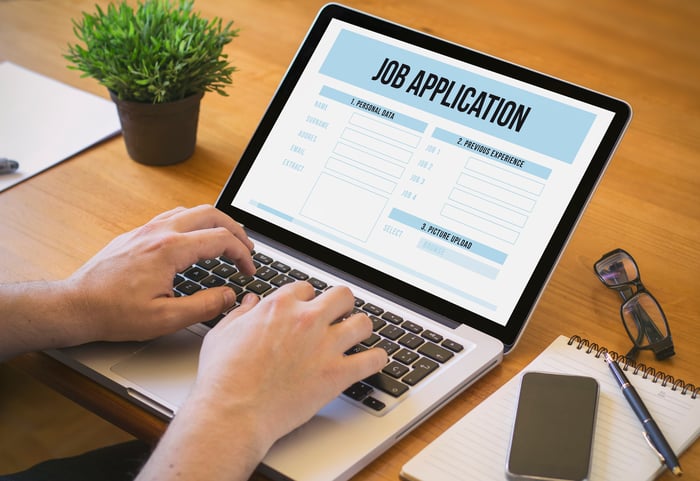 It's a good thing to want to get back out there following a rejection on the job application front. But don't rush the process too much within the same company. Waiting a few months between applications means allowing yourself an opportunity to improve upon skills that may have been lacking the first time around. You also might want to give yourself time in between applications to get certified in a specific area or get promoted at your current job. This way, you'll have a stronger resume to present.

3. Rework your resume and cover letter to reflect improvements

Revising your resume and rewriting your cover letter will no doubt take work. But it's worth the effort, especially if you're looking to present yourself differently this time around. Before you apply to the same company twice, take some time to update your resume and craft a brand-new cover letter -- especially if you've since grown in a manner that makes you a more suitable candidate. Furthermore, align that resume and cover letter with the role itself. If the position differs from the first one you sought out, identify the key reasons why you may be better suited to this new role.

Even if you're rejected from a job, the company in question is bound to keep your information on record -- so there's no getting around the fact that this isn't your first rodeo. Therefore, it pays to state in your cover letter that you're applying to the company for a second time, and why you feel you're now in a better position to get accepted. Then, if you get called in for an interview, don't treat your previous rejection as the proverbial elephant in the room. Rather, reaffirm your desire to work for that company, as evidenced by the fact that you're willing to put yourself out there once again.

That said, if you're not sure why you were rejected during your first go-round, it's OK to say that out loud if you make it to an in-person meeting. Companies don't always give applicants a reason for not moving forward, and if you bring that up to your interviewer, he or she might give you some insight that helps you better present yourself not just during the remainder of your conversation, but in future job application scenarios as well.

It always pays to pursue your career-related dreams, and sometimes, that means applying to the same company more than once. Follow these tips, and with any luck, your second attempt at employment will end up being far more fruitful than the first.