Please ensure Javascript is enabled for purposes of website accessibility
Log In Help Join The Motley Fool
Free Article Join Over 1 Million Premium Members And Get More In-Depth Stock Guidance and Research
By Maurie Backman - Feb 11, 2018 at 6:18AM

It's a scenario countless folks get trapped in each year. Here's how to work through it.

It's a situation that's enviable at first glance. You're at a job that pays you extremely well given your industry and level of experience. In fact, you're so highly compensated that you doubt you'll ever snag close to the amount you're earning at present at another company.

There's just one problem: You're unhappy at your current job, and you'd leave if it weren't for the massive pay cut you'd inevitably take. It's called a golden handcuffs scenario, and I should know, because I once fell into this predicament myself. 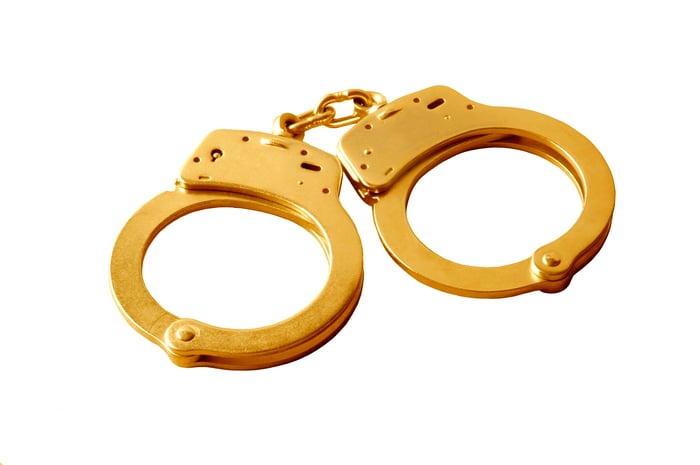 After graduating college, I landed a great job at a hedge fund, where I rapidly climbed the ranks. By the time I reached my mid-20s, I was making double to triple what my peers were bringing home and was enjoying the financially comfortable lifestyle that came with that income. But I was also miserable at work. I hated coming into such a stressful environment and spending 10 hours a day getting yelled at. And so eventually I quit, but not before making sure I had a backup plan.

If you're trapped in a golden handcuffs dilemma, here's how to work through that conundrum.

1. Figure out your salary bottom line

It's one thing to tell yourself you can live on a lower salary than what you're currently making, but it's another thing to run the numbers and see how much income you can really afford to lose. Before you attempt to break free from the golden handcuffs trap, take a long, hard look at your expenses and figure out the minimum salary you can get by with. Once you have that number in mind, you can look into new opportunities that may result in a pay cut, but a manageable one at that.

Once I made the decision to leave my stressful hedge fund job, it took several months for me to give notice. The reason? I was biding my time while boosting my emergency fund. Since I knew full well that the next job I took would constitute a serious blow to my paycheck, I wanted to have additional cash on hand to make that transition smoother. I also wanted to give myself the option to take a job I could really get excited about, even if it meant not saving money for a while in the beginning.

Before you leave a job with a stellar salary, bank some money to buy yourself options down the line. We're told we should always have anywhere from three to six months' worth of living expenses in the bank at all times, but my goal was to amass a year's worth of expenses to play it extra-safe. And it's a good thing I did, because while I landed a great freelancing opportunity shortly after quitting the finance gig, I suddenly had to pay for my own health insurance in full. Had it not been for the extra money, that would've been quite stressful.

3. Decide what will make you happiest

We're frequently told that happiness is more important than money -- but what if earning more money buys you a lifestyle that makes you happier? We're often conditioned to shun the idea of achieving personal satisfaction through wealth, but the truth is that if you're earning a lot at a job you don't like but get to live in a large apartment, enjoy great restaurants, and take amazing vacations, your overall quality of life might be higher than if you were to slash your income and give up the luxuries you've come to enjoy.

Just because you happen to be trapped in a golden handcuffs situation doesn't mean you'll be happier breaking free. You may, in fact, come to find that while a different (read: lower-paying) job lowers your stress level or frees up a little more time in your schedule, those benefits are negated by the fact that you can no longer afford to do the things you love.

At the end of the day, it's up to you to decide what will make you happiest: having money or having a less bothersome job. There's nothing wrong with leaning toward the former if that's how you feel, so take the time to think things through. In my situation, leaving that awful job was the right move for me, and I adjusted my lifestyle so that I didn't end up missing the extra money. But if you're truly reluctant to do that, then it might pay to stay chained to that job for as long as that generous yet imperfect employer is willing to keep dishing out the big bucks.