Please ensure Javascript is enabled for purposes of website accessibility
Log In Help Join The Motley Fool
Free Article Join Over 1 Million Premium Members And Get More In-Depth Stock Guidance and Research
By Maurie Backman - Feb 24, 2018 at 10:02AM

These are some major red flags to avoid.

Whether you're new to the workforce or have been plugging away for years, it's always exciting when a job offer lands in your lap. But before you rush to sign on the dotted line, it pays to consider the drawbacks of saying yes. Here are a few reasons why you might decide to turn down a job offer -- even if you previously thought you wanted it.

Not every position offers a direct path to the top of the corporate chain. But if you have reason to suspect that your offer will land you in a dead-end role, you'd be wise to run the other way. Before you accept an offer, consider the career path the associated job will take you on. Will you learn new skills that help you reach management status? Or will you simply spend your days doing busy work that ultimately doesn't do a thing for your resume? If you're dealing with the latter, then consider it a red flag. 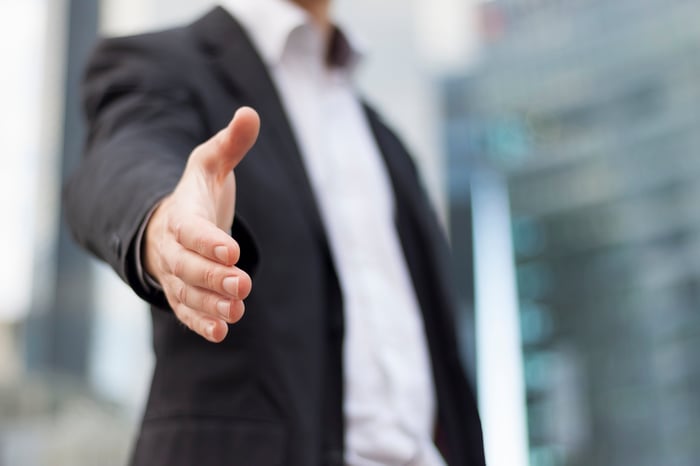 Another way to tell? Study the professional profiles of folks who have already done the job you're thinking of doing, and see what their career paths looked like. Did they excel in the years following that role, or did they simply bounce around laterally? Again, you don't want the latter, or at least not on a long-term basis, so do some digging before signing up for a position that will ultimately make you unhappy.

Though money isn't everything when it comes to a job, you should take steps to ensure that you're being paid fairly. So if you do your research and find out that the salary you're being offered is exceptionally low, you may want to run the other way.

Does it pay to negotiate a better number first? In some cases, yes, especially if it's your dream job and the peripheral benefits, like paid time off and health insurance, are great. But if the number is completely off the charts, and not in your favor, then take it as a sign that you and your would-be employer just aren't on the same page.

3. The company culture doesn't mesh with your personality

Though the day-to-day specifics of your job will play a role in dictating your ultimate happiness with it, don't discount the importance of finding the right company culture. This means that if you're the laid-back type who prefers to work creatively, you might quickly grow discontent in a buttoned-up, policy-ridden corporate environment. So talk to people who work or have worked for the company that's offering you a position to see if the environment you're about to enter will mesh with your personality. And if you find that that's unlikely to be the case, say no.

4. The company's future is uncertain

Maybe you're being offered a job with tons of mobility, a competitive salary, and a company culture that's just what you're looking for. That's all fine and good, but if the company in question has been performing poorly in recent years, and its prospects don't look positive, then you're better off declining that offer than signing up to board a sinking ship. Some red flags to look out for when gauging a prospective employer's viability are dire financials and a history of downsizing. Both point to major problems with the company's management, which can spell disaster on a long-term basis.

It's always flattering to receive a job offer, but don't let the fact that a company wants you go to your head. Instead, take your time when considering that offer, and turn it down if any of the above scenarios apply and can't be resolved. You may be better off sticking out your current job or extending your search and waiting until the right opportunity truly presents itself.