Whether you're new to the workforce or a seasoned employee, the way you conduct yourself at the office can have a serious impact on your immediate and long-term success. Here are a few smart habits that'll serve you well, no matter your position or industry.

1. Embracing challenges rather than running from them

Some people balk at difficult tasks, especially unfamiliar ones. And while facing adversity is never easy, the way you react in these situations could set the stage for failure versus success. Employers tend to favor workers with positive outlooks who embrace challenges rather than aim to get out of them. Having that can-do attitude can easily lead to a promotion, so it pays to be optimistic when the going gets tough. 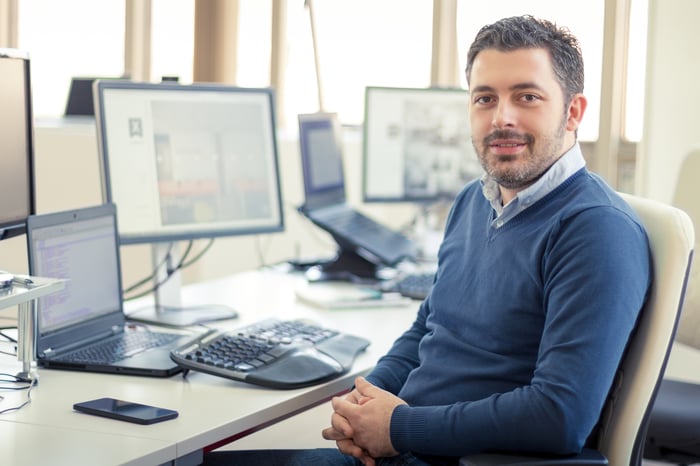 2. Being open to feedback

It's never easy to have your work or performance criticized, even if that commentary is meant to be constructive in nature. But if you make a point of being open to feedback rather than defensive about it, it'll help your career in several regards. Taking criticism well shows the person dishing it out -- generally, your manager -- that you're confident and mature enough to acknowledge your flaws (we all have them). It also shows that you're open to learning from others, which is another great quality to have.

A tidy workspace doesn't just look nice; it sends the message that you're an organized person who's perpetually on top of things. If you're in the habit of filing paperwork immediately when it comes your way rather than letting it pile up, that's something your boss and colleagues are bound to take note of. Incidentally, having a neat, well-arranged desk can also help improve your productivity, which is another thing managers tend to appreciate.

Some people are perfectionists by nature, and that's not always a bad thing. If you have a tendency to edit yourself on the job, whether in the form of emails, high-profile reports, or the words that come out of your mouth, it could help you work your way to the top. People who take the time to present their ideas the right way are less likely to make mistakes and more likely to be effective -- so keep self-editing, because it's a good quality to have.

In many industries, the most predominant constant is change, and the way you react to it says a lot about the type of employee you are. Rolling with the punches won't just help you keep your stress level down, it'll also show your employer that you're a flexible person who doesn't get thrown easily. And those are the sort of qualities that might make the case for a promotion to manager status.

These days, casual dress codes are growing increasingly popular. But while your company might allow you to show up in ripped jeans and a graphic t-shirt, that doesn't mean you shouldn't make an effort to look more presentable. You don't need to go crazy and slap on a suit when everyone else around you is donning polos. But you can dress casually and look polished at the same time, and doing so will send the message that you're a professional at heart.

Sometimes, it's the little things about you that set you apart from the pack. While it always pays to boost your job-specific skills, getting into the right habits at work can make all of the difference.