Keep things in house, or seek outside help? That's the big question so many business owners face.

Outsourcing is a common practice both at home and in business. But whereas you may not hesitate to pay someone to unclog your house's drains or clear out its gutters, when it comes to outsourcing business tasks, the decision becomes trickier.

Now the good news is that thanks to the growing number of workers who are active participants in the gig economy, there's plenty of opportunity to outsource as a business owner if you so choose. Here are a few questions you might ask yourself to determine whether doing so actually pays. 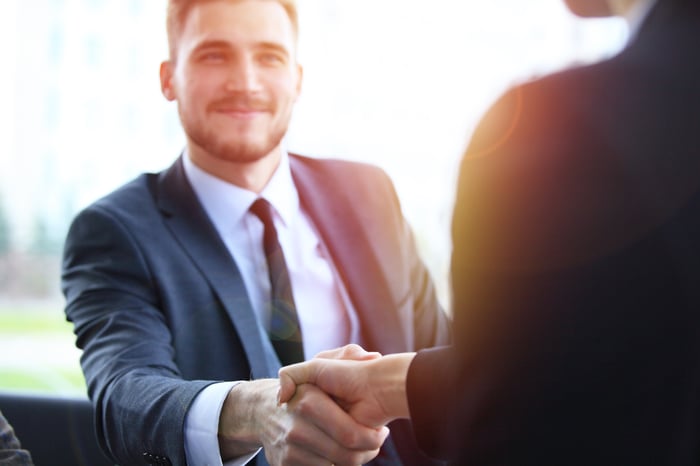 1. What's the opportunity cost of doing the work in-house?

As a business owner, your time is limited, and the same holds true for your workers. As you probably know, there's always an opportunity cost to getting things done within a company. So if, for example, you only have one in-house marketer and are launching a major campaign in the coming month, think about what you stand to lose by pulling that staffer off of his usual tasks and having him dedicate his time to that one project. Will your customer acquisition drop in one area? Will other key tasks lose traction?

When you contemplate the idea of outsourcing, don't only think about what it might cost you to bring a freelancer on board. Consider what resources or opportunities you'll be sacrificing internally if you don't get outside help.

2. Does anyone internal have the skills needed to get the task done?

Sometimes you're better off paying a contractor for what he's good at and letting your workers stick to what they're good at. If you have a specific task that no one internal is particularly suited for, it makes sense to pay for a freelancer rather than have your workers spin their wheels trying to learn a new skill set to tackle the same objective.

3. Are you talking about a one-time need?

It often pays to invest in training and education so that your workers are better equipped to handle different business needs in the future. But if you're talking about something you're convinced is a one-off need, it generally doesn't make sense to sink time and money into training people internally. Rather, you're better off finding someone who can come in and get the job done for you.

4. Will outsourcing actually be cheaper?

It's easy to assume that you'll wind up paying a premium when you outsource a given project. After all, each contractor out there has overhead to cover, and part of that is bound to get built into the hourly rate you'll be charged. At the same time, if that freelancer gets the job done quickly, you might pay less for the project when you consider your current employees' wages and the number of hours it'll take them to do that same work.

For example, imagine you pay your IT staffers $60 an hour, and that it takes an internal tech person 30 hours to reconfigure your database. That's a $1,800 project. But what if a contractor charging $100 an hour can get it done in 15 hours, because it's something he does all the time? Suddenly, you're looking at a cost of $1,500, not to mention a much faster turnaround.

One major benefit of outsourcing is bringing people on board who specialize in what they do. Therefore, even if you have a task that your employees are capable of handling, it often makes sense to outsource due to the added value involved.

Going back to our marketing campaign example, imagine your in-house person does the same thing day in, day out. An outsider, on the other hand, might bring a fresh perspective to the mix, thereby adding value by creating a more compelling campaign that engages and attracts a larger number of customers.

Under the right circumstances, outsourcing is a great way to meet key business goals without overtaxing your staff, losing out on other opportunities, and compromising on quality. And that's reason enough to consider it the next time the need arises.