Please ensure Javascript is enabled for purposes of website accessibility
Log In Help Join The Motley Fool
Free Article Join Over 1 Million Premium Members And Get More In-Depth Stock Guidance and Research
By Maurie Backman - Jul 18, 2018 at 9:36AM

Being a freelancer certainly has its perks. You get to be your own boss, set your own hours, and work on the things that interest you the most. But there's a downside to being a freelancer, and it's the lack of a reliable income. Even if you manage to get your fair share of clients, you may come to find that getting them to pay you is easier said than done. And, if you're like most freelancers, you'll probably encounter a scenario in which a client attempts to stiff you altogether.

If you've performed work for a freelance client who won't pay, you might think you have no choice but to write off that invoice and forgo the income you were counting on. But before you resign yourself to that fate, try these tactics instead. 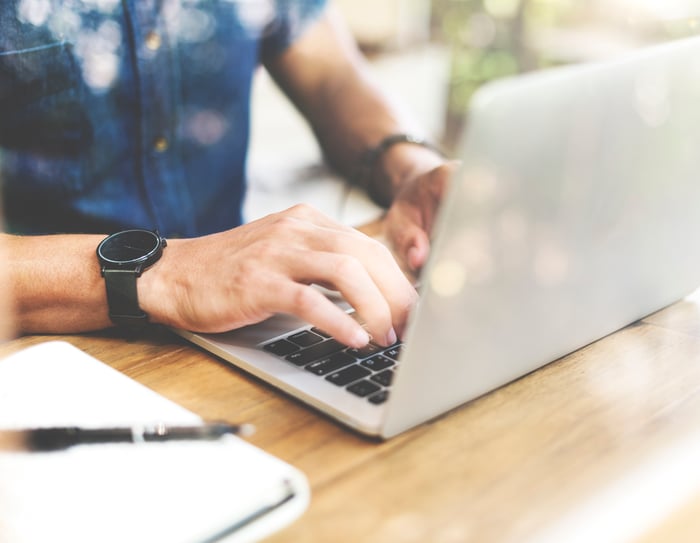 Some clients will try to get out of paying by simply ignoring your invoices, emails, and calls. And if you back down, they'll get away with doing just that. So don't back down. Take a minute or two each week to contact your delinquent client asking for your money. It pays to toggle between email and voice mail so that your presence is harder for your client to ignore. If that client comes to realize that you're not giving up so easily, he or she might concede and send in that payment to avoid having to hear from you again.

It's one thing for you to leave a client a voicemail asking for your money, but it's another thing to make a formal demand in writing. If you do the latter, that client is more likely to take you seriously, so invest a few extra minutes into composing a message that's clear and to the point. Summarize the work that you did, document your attempts to collect the money you're due, and give your client a final date by which to remit payment before you see about taking legal action. (Whether you actually choose to take legal action will depend on the amount of money at stake. If it's a smaller sum, it's probably not worth hiring an attorney or going to court, but that doesn't mean you can't threaten to do so.)

Furthermore, send that letter by certified, return receipt mail so that you can be sure it arrived at its destination. This way, if you do decide to take legal action, there's proof that it reached its intended recipient.

Once you've experienced the sting of not getting paid, the last thing you want is for it to happen again. So don't let it. To avoid a repeat incident, change your billing practices so that you start getting money for projects along the way, as opposed to waiting until after you've already finished and submitted the work. You might, for example, decide that you're going to require clients to submit one-third of their project total up front, one-third at the midway point, and the final third after the job is complete. This way, if someone aims to stiff you again, you won't be looking at a total loss.

Of course, if you have a group of established clients with a strong history of paying you on time, there's no need to subject them to these new requirements. But it pays to go this route with clients you've never worked with before. And if they question it, explain that you're reeling from a job you didn't get paid for, and that this is what you need to do to protect yourself. Chances are, they'll understand.

As a freelancer, there's perhaps nothing more frustrating or upsetting than having a client who won't pay. If you land in this unfortunate situation, don't give up without a fight. Just as importantly, take steps to cover your bases going forward so that it doesn't end up happening again.