In the course of our careers, we're apt to make certain decisions that ultimately don't work out, like taking the wrong job or pushing for a promotion that ends up making us miserable. And while some mistakes are unavoidable, the last thing you want to do is look back on your career and bemoan the choices you made throughout it. With that in mind, here are a few moves you'll probably end up regretting at some point down the line.

1. Only going after the money

Anyone who tells you that money isn't important clearly doesn't have a whole lot of bills to pay. The fact of the matter is that money is important. You need money to keep up with expenses, save for financial goals, and enjoy some of the luxuries we all work hard for.

But there's a difference between wanting a decent salary and making money the sole deciding factor when taking a job. And if you're offered a position you're sure you'll hate, it doesn't matter if it comes with the most generous salary you've seen to date -- you're still better off saying no and finding something fulfilling that also will pay the bills. 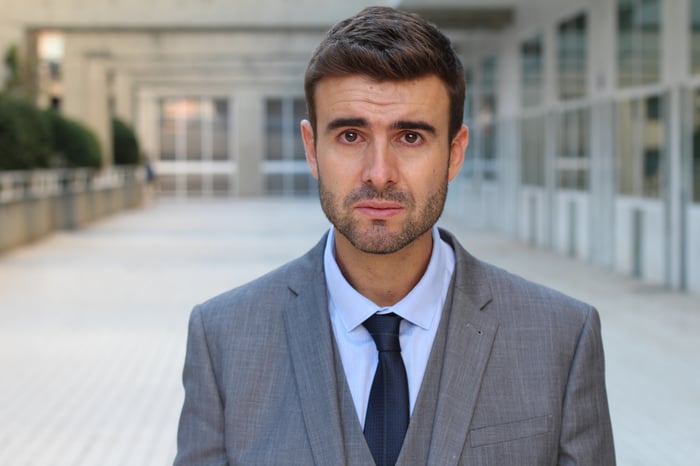 2. Forcing yourself to stay at a bad job

We spend so many hours working during the week that we deserve to get some sense of satisfaction from what we do. So if you're utterly bored or miserable at work, don't force yourself to stay on board because you're worried about taking your chances elsewhere. The longer you remain at a bad job, the more you end up stunting your career progress, so figure out an escape plan and pull the trigger.

It takes knowledge and skill to further your career, but it also takes people. While your experience will help you sell yourself to prospective employers, it's the people you know who will most likely help you first get in the door. So don't hesitate to put yourself out there, whether it's striking up conversations with the folks you meet at business conferences or asking friends and neighbors to introduce you to their contacts. The more resources you have, the greater your chances of one day unearthing an opportunity you otherwise wouldn't have discovered.

There's nothing wrong with working hard and pushing yourself to do well at your job. But there's a difference between clocking in extra hours to get tasks done and forcing yourself to be the last one to leave the office every night so that your boss takes notice. Any manager who's big on face time isn't the sort of boss you should stress yourself out to impress. Similarly, a company that values face time over actual output probably isn't the right one for you. And the sooner you recognize that, the sooner you can find a more fulfilling role that allows you to make better use of your time.

It's never easy to put yourself out there and risk coming up short. But if you never take risks during your career, you'll miss out on the rewards they might deliver. Imagine a new project opens up at work that's so daunting, no one wants to manage it. If you volunteer and pull it off, that could set the stage for a much-deserved promotion.

But if you sit there quietly and let someone else take that risk, you'll be toasting your colleague's success rather than your own. Even if you take a risk and fail, there's still a learning experience to be had, so make a point of stepping outside your comfort zone once in a while and seeing where that leads you.

We all make mistakes in the course of our careers, but these are a few you can easily avoid. Do just that and you'll have fewer regrets at the end of the day.