If you're looking to become a business owner, buying a franchise might be your ticket to self-employment. Owning a franchise is, at least on the surface, a fairly easy way to become a business owner for the first time. Rather than have to come up with a unique business idea and map it out, by buying a franchise, you're simply piggybacking on the success of an already established brand. It's a great way to take the leap into self-employment without bearing the same level of financial risk brand-new businesses inevitably face.

But owning a franchise isn't all rosy. There are certain snags you might encounter if you go the franchise route, and it's crucial that you be aware of them before diving in. 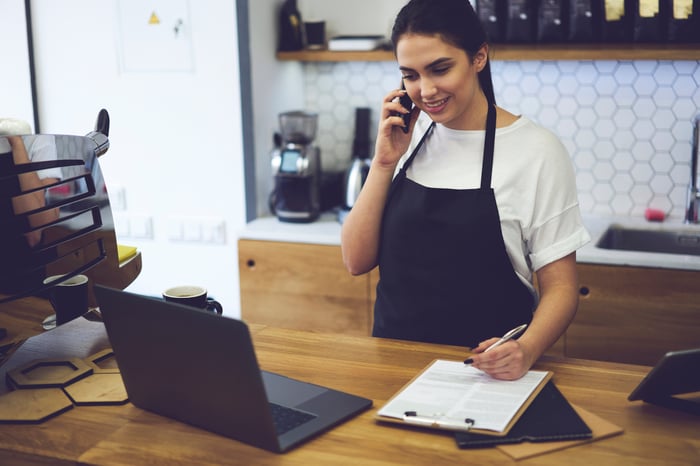 1. You'll be giving up a share of your revenue

The beauty of buying a franchise is getting the support and recognition of a brand name behind you. When customers pass your business on the street, they'll know what to expect when they walk in the door. Plus, you'll have a corporate office whose help to enlist as needed. The flipside of all of that, however, is that when you own a franchise, you'll always be on the hook for royalty payments or fees to the corporate entity whose name your business bears. And that's a good way to lose out on revenue over the life of your business.

Opening a business takes money, and that shouldn't come as a surprise. But you may be shocked at how expensive it is to get your franchise off the ground, especially when you factor in costs such as mandatory training and marketing, which some companies impose. Before you buy a franchise, review the initial requirements involved and make sure they make sense financially.

3. You'll be bound to some potentially strict rules

The whole point of opening a franchise is to be your own boss and not have to take orders from someone else. But you may come to find that as a franchise owner, all you're really doing is following somebody else's rules. Many corporate entities impose strict operating guidelines that their franchisees must follow, which means you can toss that autonomy out the window. Now the good news is that those corporate guidelines are designed to help you run your business successfully and generate the greatest amount of profit. And, in most cases, they'll have already been tested and implemented effectively many times over. Still, you may come to find that you're missing the freedom you thought you'd get by venturing out on your own.

4. You may not get the support you need

As mentioned earlier, one benefit of owning a franchise is gaining the support of a large company to help ensure your success. But that support may be harder to come by than expected. You may come to find that your franchiser isn't all that invested in seeing your business thrive, especially if your location isn't a particular priority or the company is sinking its resources into other things. As such, you may come to find that you're paying a royalty for the use of a recognized name and nothing else.

The clear benefit of owning a franchise is instant brand recognition. The flipside of that, however, is guilt by association. If several other franchisees in your area don't operate their businesses well, their mistakes could come to hurt your business's reputation. And once that happens, you may come to find that attracting and retaining customers is an ongoing struggle.

Buying a franchise could end up being a fulfilling, lucrative experience for you. It could also end up being a disaster. Understand the pitfalls you might face before you sink money into that venture, and with any luck, you'll end up making the right decision.

5 Pitfalls of Owning a Franchise @themotleyfool #stocks Next Article
Current