We all want to make more money, and sometimes the only way to get there is to come out and ask for it. Many employees, though, wait until annual performance reviews roll around to sit down with their managers and talk salary, and while you might think that's the right time to discuss the idea of a raise, waiting that long could end up hurting you.

Have that talk today

Why is bringing up a raise at your performance review a bad idea? It's simple: These reviews tend to take place late in the year, at which point many companies will have already established their budgets for the upcoming year. As such, you might find that your boss is unable to accommodate your request for more money because there simply isn't wiggle room to make it happen. 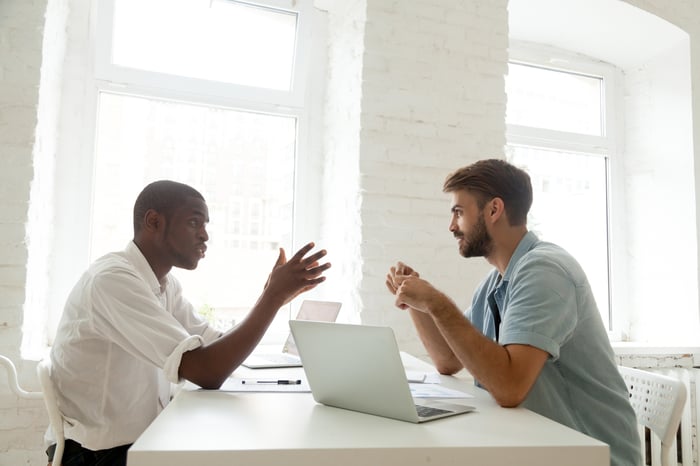 A better idea, therefore, is to broach the topic a few months before the end of the year. If you have a recurring one-on-one meeting with your boss on the calendar, you can use your next one to bring up salary. If not, you'll need to schedule a sit-down to have that talk. Either way, if you're hoping for an income boost in 2019, now's the time to get moving -- before it's too late.

Building your case for a raise

Though getting your timing right when asking for a raise is no doubt important, you'll also want to approach that conversation strategically. Before you sit down with your boss to present a number, do some research to see what you're really worth. If, for example, you're looking for a $5,000 boost that will bring your annual pay up to $65,000 and you find that the average person in your area with your job title earns that much, you can present data in support of that figure.

Additionally, be prepared to discuss the value you bring to your company so that your boss is more inclined to give you the increase you're looking for. If, for example, your troubleshooting prowess reduced disruptive system glitches by 20% since the start of the year, that's something you'll want to call out. Similarly, if the marketing campaign you spearheaded increased sales by 15% last quarter, that's a number you shouldn't hesitate to put in front of your boss.

Even if you can't quantify your contributions with actual numbers or statistics, you can still highlight the things you do that make you an exceptional employee. For example, if you're that person who often stays late or logs in on weekends to deal with emergencies, that's something to bring up, even if it doesn't directly correlate to company savings or earnings. Furthermore, if you recently obtained a certification or did something similar to boost your skills, that's reason enough to argue for a bump.

Though you'd think year end would be the right time to initiate a salary negotiation, there's a danger in putting that conversation off. If you have your mind set on a particular number, put it out there sooner rather than later. In a best-case scenario, you'll get what you want and have something to look forward to. And if things don't go your way, you're better off knowing where you stand today than waiting two months only to end up disappointed.

Don't Wait Until the End of the Year to Ask for a Raise. Ask Now @themotleyfool #stocks Next Article
Current