Finding your dream job often means stepping outside your comfort zone, and in some cases, it can involve packing up your life and moving someplace new. The fact that a job you want is in another part of the country shouldn't deter you from applying for it. That said, there's a difference between pursuing a role in a nearby city versus going after one that's hundreds of miles away, so if you're opting for the latter route, here are a few things you should know.

1.The job might be limited to locals -- at least on paper

Not all companies are open to the idea of relocating candidates for the purpose of hiring them. Before you apply to a job that's far away from where you currently live, read its description carefully. You might find language along the lines of "local candidates only," and if that's the case, you'll need to change your approach to applying. 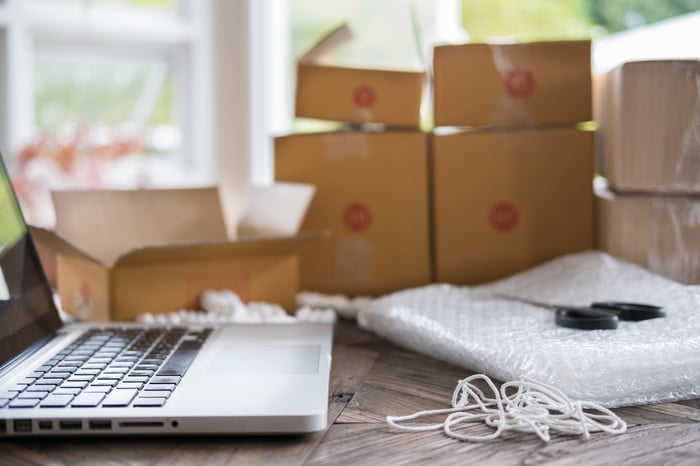 Notice that this doesn't mean you shouldn't apply at all. If you're an otherwise strong candidate, you can address that issue in your cover letter. Many companies that insist on local applicants only do so because they don't want to bear the expense of paying for a move. But if you make it clear that you're looking to relocate to the area and aren't expecting a moving allowance, there's a good chance your resume might get a second look after all.

2. Your prospective employer might cover the cost of your move -- if you ask

Just because a job listing doesn't state that it'll include a relocation package doesn't mean you can't ask for one. If you see a job you're interested in doing that's located in another corner of the country, go through the application process and see where it takes you. If it turns out the role is perfect for you and the company in question wants you on board, you can use the fact that you have to relocate as a negotiation tool when talking money.

Maybe the company in question will agree to fund a portion of your move. Maybe it won't front that cash but will boost your salary instead. The key is to not write off a given opportunity just because you think the entire cost of your job-related move will be on you.

3. Your move won't be tax-deductible if you have to pay for it yourself

There was a time when moving expenses were tax-deductible provided you were relocating for job-related purposes. But thanks to the tax overhaul that took effect earlier this year, you can no longer glean any tax benefits by uprooting your life and moving elsewhere for work. Therefore, if you're going to apply for a job that's far away and your would-be employer gives no indication that it will help pick up the tab, you'll need to prepare to absorb the cost of moving in full.

How much might you be looking at? The average interstate move costs $4,300, but your total bill will depend on how much stuff you have to lug across state lines. Of course, if you're looking at a salary bump of $5,000 in a city with a cost of living that's similar to your current one, then your move will pay for itself in a relatively short period of time, provided the job works out. Just know what sort of outlay you're looking at before diving in.

Sometimes, landing the right job means packing up your belongings and settling down in a brand-new part of the country. Though taking a job that requires you to relocate is a daunting proposition, it can also be a rewarding one, and an opportunity you shouldn't hesitate to pursue.