If asking for a raise were easy, perhaps more workers would step up and do it. But getting in front of your boss and requesting a salary boost means subjecting yourself to a potentially awkward conversation, and one that might damage your relationship in the event it goes poorly.

Still, it's worth putting yourself out there, and for this key reason: An estimated 70% of workers who ask for more money get it to some degree, according to new data from PayScale. Furthermore, 39% of employees who have the raise talk wind up getting exactly what they ask for.

Here's the problem, though: A whopping 63% of workers have never asked their current employer for a raise. And when asked why they remained silent, 28% said they're uncomfortable with the notion, 19% said they feared they'd come off as pushy, and 8% actually thought that requesting more money might get them fired. 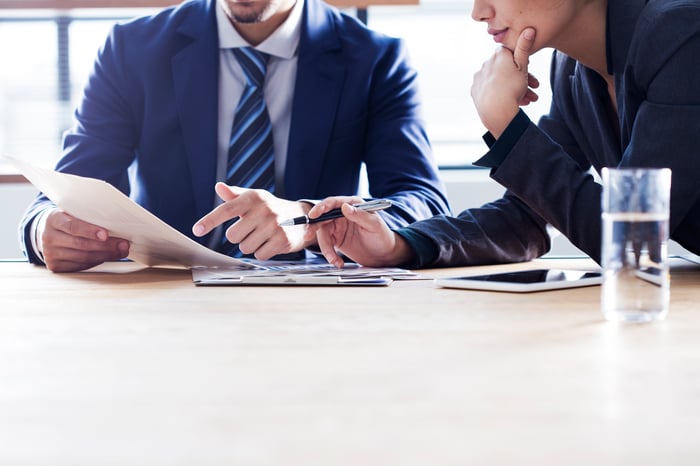 If you're dissatisfied with your wages, it pays to muster up the courage to ask for a boost. Here are a few tips for pulling off that conversation successfully.

1. Get your timing right

The last thing you want to do is corner your boss on a Friday afternoon when he or she is halfway out the door and bring up the topic of salary. Instead, schedule a meeting at a time when both you and your manager have the capacity to sit down and hash things out. Ideally, you'll want to have that talk soon after you complete a high-profile project, land a major account, or do something similarly impressive that's bound to stick at the front of your boss's mind.

It's one thing to come in and throw out a random number that sounds nice for a salary, but it's another thing to research what you should be making and put that data in front of your boss. Going the latter route will increase your chances of success, so dig around and see what the average worker with your job title and qualifications is making. If your salary is considerably lower, you can make a solid case for a raise.

It's not always easy to sing your own praises, but if you want to score a raise, you'll need to show your boss why you deserve to be paid top dollar. So go into that negotiation armed with talking points that prove what a valuable employee you are. If you have data showing that you saved the company a certain amount of money, or increased productivity by a certain percentage, present it, since hard numbers can go a long way in building your case. Even if you can't quantify your contributions, don't be afraid to shout them out. The fact that you consistently jump on early morning conference calls with your overseas associates while the rest of your team is still sleeping is something your manager should take under consideration.

If you want a raise this year, your next move is simple: Speak up about it. In a worst-case scenario, your boss will say no. In a base-case scenario, you'll boost your earnings and have something concrete to celebrate.