Please ensure Javascript is enabled for purposes of website accessibility
Log In Help Join The Motley Fool
Free Article Join Over 1 Million Premium Members And Get More In-Depth Stock Guidance and Research
By Daniel B. Kline – Nov 3, 2018 at 7:33AM

You may not be comfortable, but you can still get through it.

There are few things I can imagine making me more uncomfortable than having to spend hours in a room full of strangers to me who appear to mostly know each other. That's essentially what a networking cocktail party is, and it's something I would prefer to avoid, but know I should participate in.

Because I'm trying to push myself outside my comfort zone, I attended the grand opening of the coworking space where I have been a member for the past week. I knew some of the staff from the facility but did not know a single other person in the room, which was filled with community leaders, chamber of commerce members, and people who seemed to have met each other before.

It was a sort of nightmare situation for someone who is by no means shy but has the normal anxieties when it comes to being alone in a social environment. I'm happy to be the life of the party among a few friends, but this situation made me want to hide in the corner. 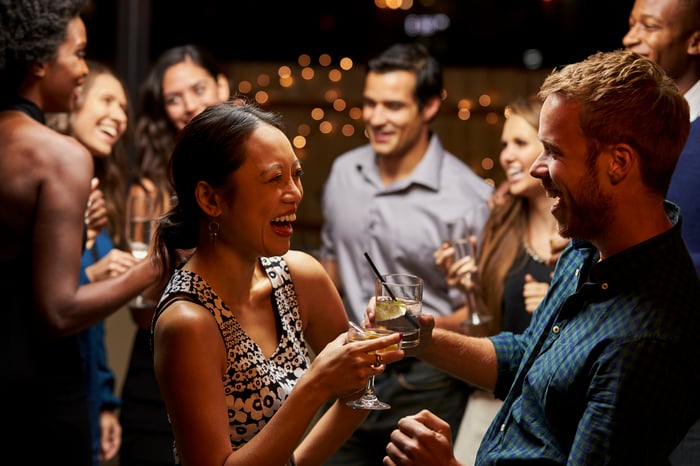 In the face of an uncomfortable situation, it's best to just dive right in. Most people are genuinely kind and willing to talk to someone they don't know. Pick another solo person or walk up to a group that's talking and jump right in.

It can be as simple as walking up to someone and saying who you are and asking what brings them to the event. That's terrifying and against the natural instincts of most people, but it's really the only way to go from stranger to acquaintance.

A glass of wine or a beer may ease some of your anxiety. More than that creates the risk that you will behave poorly. It's better to be a wallflower who makes no connections than the drunk with the lampshade on his head who knocked down the cupcake display.

3. Force yourself to move on

If you meet someone, have a conversation and then move on to another person. Don't glom on to someone as a lifeline against being alone. It's great if you meet a person willing to introduce you around to others, but if that's not the case, force yourself to get back to mingling.

Don't suffer for no reason

I joined a coworking space to make casual acquaintances so I can talk out loud during the day. I'm not looking for more work, connections for my business, or any of the things that many people might want. That made the grand opening cocktail party a poor choice of event to attend.

I did meet people, but they are people I have no use for whom I'll likely never see again. It would make more sense to attend an event for members or prospective members, where I could meet people who might share the space with me someday.

In many cases, people end up at business cocktail parties without having a say in the matter. Maybe it's part of a trade show or maybe your boss told you to go. When that happens, keep a positive attitude, grab a drink, and make every effort to be social even if it's not your normal nature.