It's not easy being self-employed during the holidays. Here's how my colleagues and I keep up with our work and social obligations simultaneously.

One of the greatest challenges of being a freelancer is not getting paid to take time off from work. As such, it's hard to actually snag a break from the grind, especially during periods when work gets busy. Things tend to especially come to a head during the holidays, when family and social obligations eat up just as much of our time as work-related ones. Here's how my fellow freelancers and I manage our time off during the wonderful, but hectic, holiday season.

Selena Maranjian: Sure, plan ahead and do some work early in preparation for a holiday. That's smart. But if you really intend to relax and enjoy yourself over the holidays without doing any work, there's a good chance you just won't be able to get everything done that you want to get done. 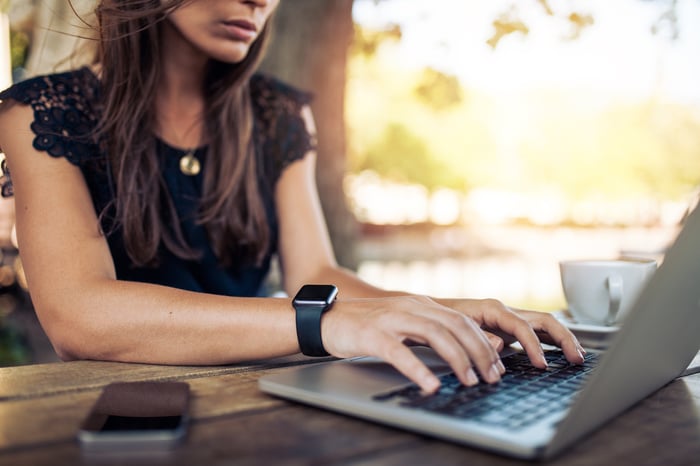 Thus, you need to prioritize. Figure out exactly when your deadlines are for your various tasks, and get the ones due soonest done first. Think, too, about which tasks are the most important. Certain items on your to-do list may not be due immediately, but might be especially important -- such as updating a professional certification or filing a tax document on time. Sure, you may rather spend the afternoon sending out invoices in order to get paid more quickly, but that probably could wait, if need be.

Prioritizing can involve a lot of judgment calls, too. For example, sending an estimate to a potential major new client might may take precedence over some other tasks, even though it may not result in any income. If you're having trouble prioritizing, it can be helpful to think through the consequences of missing certain deadlines. Some will be minor, while others will be more consequential.

Freelancers who are juggling lots of projects with lots of different tasks involved in each need to be very organized and disciplined in order to get everything done -- and to get everything done on time. This can be particularly challenging around holidays, so be as on top of things as you can and be sure to prioritize. That's what I do to make it through this time of year.

Daniel B. Kline: I'm the parent of a 14-year-old, so the holiday season presents the added challenge of my son not being in school. He gets a full week off for Thanksgiving and over two weeks off for Christmas. My wife, who works a traditional job, gets two days off for Thanksgiving and much of the week off between Christmas and New Year's Day. That leaves a lot of days where I have to balance work and not letting my child play video games all day.

The good news is that, unlike an illness, holidays are not unexpected. That means I can plan ahead and bank work for the periods when I'm less available. Recently, I worked two full days over the weekend. That allowed me to spend a good part of the Monday before Thanksgiving at Disney Springs with my wife and son. It also allowed me to work partial days to varying extents the rest of the week.

I work ahead whenever I can, banking stories/hours/projects when I do have time so I don't feel guilty when I don't. In many ways it's sort of reverse procrastination, where I get the work done now in case I can't later.

3. Give myself a break

Maurie Backman: One thing you learn early on as a freelancer is that it's generally smart to take whatever work you can get, provided it's fulfilling and the pay is what you're looking for. That's because when economic times get tough, freelancers tend to be the first ones to go, so many of us have the mentality that we should never say no to work when it's presented to us. I know I sure do.

That said, I'm breaking my rule for the holiday season because I know that if I don't, I'm going to drive myself crazy. The coming weeks are loaded with a host of events related to the holidays, from parties with friends to family gatherings. Not only do I not want to miss out on any of them, but frankly, I can't easily skip them without there being backlash.

Therefore, I might have no choice but to give myself a break during those weeks when my calendar is extra jammed and I'm already at full capacity on the work front. That could mean saying no to an article here or there or even a lucrative new project, but it's what I have to do to avoid completely burning out.