Given the number of Americans who struggle with work-life balance, there's been a shift among many employees to scale back their hours rather than continue feeling like they're chained to their desks. And thankfully, a growing number of companies are supporting employees in their efforts to work less, or do more with less time.

But not everyone is on board with working less. In fact, Tesla CEO Elon Musk recently said that to really "change the world," employees need to be ready to work 80 to 100 hours per week.

Of course, "change the world" isn't necessarily the average American worker's goal. On the other hand, Musk's comments certainly question the effectiveness of working fewer hours. But is he right? 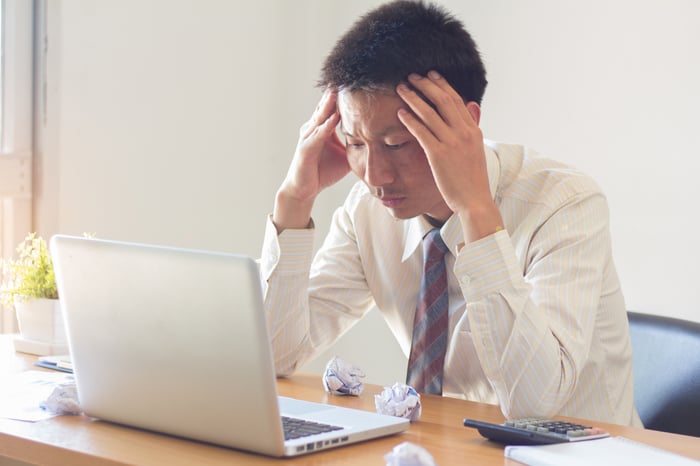 Working longer hours may not be effective

Americans certainly aren't strangers to hard work, with 40% putting in more than 50 hours per week on the job on a regular basis. But consistently burning the midnight oil may not make you more productive. Quite the contrary: According to a Stanford University study, employee productivity actually starts to decline substantially once a given individual has put in 50 hours of work within the same week. And output completely falls off a cliff once the 55-hour mark is surpassed -- meaning  someone who clocks in 80 hours in a given week won't be any more productive than someone who works just 55 ("just" being a relative term).

In a separate study conducted in the 1950s, scientists who worked 25 hours each week were found to be no more productive than those who only worked five. In fact, some of history's most notable creative figures (Darwin and Dickens, to name a couple) were said to work only a few hours each day.

The takeaway? You don't necessarily need to work a crazy schedule to make an impact. In fact, cutting back on your hours might make you a more effective employee on the whole.

Think about it: Working 80-hour weeks on a consistent basis is likely to produce a host of health issues, both mental and physical. And since the majority of working Americans don't get enough sleep as it is, to increase your hours in the hope of advancing your career means putting your health at further risk.

In fact, longer hours on the job have been linked to frequent absences and an uptick in employee turnover. And working excessively could easily create a situation where you unwittingly become a victim of full-fledged burnout.

The solution? Don't focus your efforts on putting in more hours. Rather, do a better job of making the most of the time you're already putting in. Work on eliminating distractions at the office and find ways to be more productive. The 80- to 100-hour workweek might be suitable for some people out there, but if it doesn't work for you, don't push yourself. After all, you're not going to be in a position to change the world if you drive yourself crazy and then give up and quit.