It's perhaps the most dreaded time of the year for employees at all career stages: the annual performance review. Why so? These discussions are frequently loaded with negative feedback that sets the stage for an even more upsetting conclusion -- that there won't be a raise in sight.

Thankfully, there's some good news on the performance review front, and it's that a growing number of companies are approaching the process differently. An estimated 51% of employers have implemented changes such as making their reviews shorter and increasing the frequency at which employees receive manager feedback, according to data from staffing firm OfficeTeam. In fact, 38% of human resource managers say their companies now conduct employee appraisals twice a year or quarterly. Just as importantly, 20% of HR professionals say their companies separate performance reviews from compensation discussions. 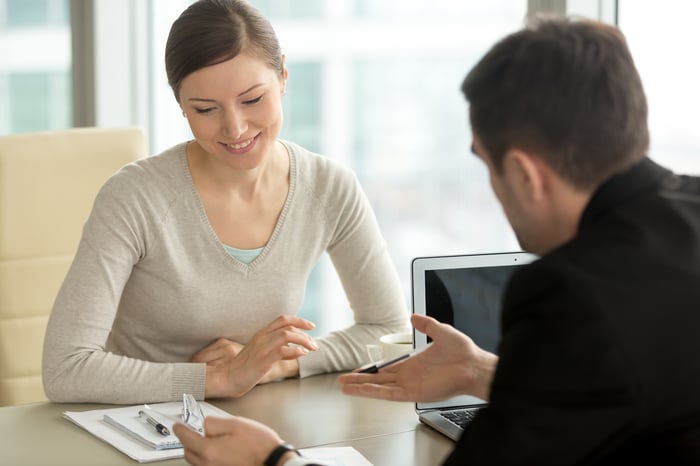 All of these changes will no doubt make the performance review process far less stressful for those on the receiving end of that feedback. And with any luck, even more companies will follow suit in the coming years.

A different approach to employee feedback

There's nothing wrong with assessing workers' performance and offering advice on how to improve. The problem with annual reviews, however, is that they don't offer employees the opportunity to step up their game like they deserve. For example, an employee might sit down with a manager in December and hear that he or she hasn't been paying close enough attention to detail when submitting weekly reports -- whereas had that feedback been provided midway through the year, that same employee would've had a chance to act on it.

That's why many companies are making the shift to ongoing feedback rather than a single yearly review. Some businesses mandate that managers meet with their direct reports quarterly for assessments.

Meanwhile, the weekly one-on-one meeting has become increasingly popular, and its purpose is to encourage a constant feedback loop that allows managers and workers alike to share their concerns. Some folks say these meetings happen too frequently and are nothing more than a waste of time. Others, however, appreciate the stark contrast to the once-a-year discussion about performance.

Separating salary discussions from manager feedback is also a smart strategy for companies to employ. Doing so sends the message that money shouldn't be the sole motivator when striving for results on the job. Of course, this isn't to say that top performers shouldn't be rewarded -- rather, that having those conversations independently of one another can make for a less offensive process on a whole.

When determining what sort of review process to implement, employers and HR managers are best served by putting themselves in their employees' shoes, all the while taking the needs of the business into account. If weekly feedback sessions are too much of a drain on limited resources, conference space, and time, perhaps a monthly or quarterly discussion is more appropriate. The key is to give workers actionable, ongoing advice they can use to better themselves so that with each performance review that transpires, their managers' feedback grows increasingly positive.