Don't just write off your disgruntled employees -- put them to work.

We all have those co-workers who seem to do nothing but complain, and often, our inclination is to stay as far away from them as possible. As a manager, you probably have no choice but to interact with those constant moaners, but chances are, you still aim to keep your distance to the extent that you can.

Here's a good reason to pay more attention to your resident complainers: Sometimes, feelings of dissatisfaction can lead to action and creativity. And while you certainly don't want to encourage misery among your employees, those unhappy folks could end up being a hidden asset. 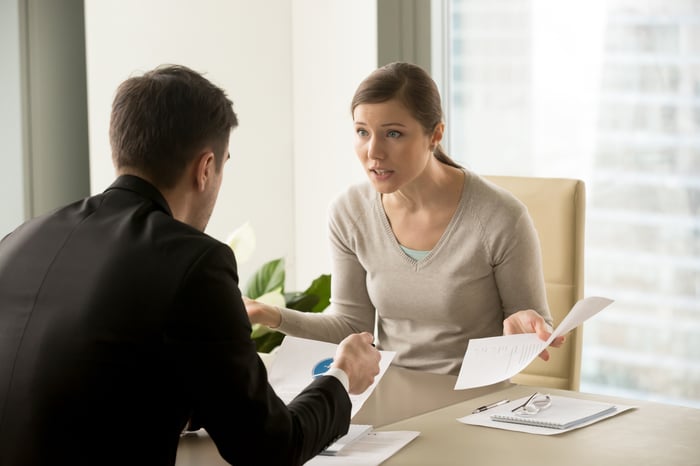 Frustration is defined as a feeling of being annoyed or upset, particularly in the context of not being able to change or achieve something. Employees who feel frustrated, therefore, may be more inclined to come up with ways to change internal systems, processes, or policies to improve the situation at hand or simply shake things up. And that's often a good thing.

Therefore, if you have employees who seem overwhelmingly unhappy, it pays to explore the reasons why and encourage them to come up with solutions to the issues plaguing them. For example, if there's someone on your team who constantly complains about a slow-loading internal database, you might advise that person to collaborate with an IT person and come up with an improvement. Suddenly, that employee is empowered to channel his or her frustration into new ideas.

Another thing to keep in mind is that the people on your team who complain the most might do so because they care about their success and take it to heart when things don't go as planned. Workers who don't care about their jobs as much, on the other hand, might more easily let things roll off their backs.

Of course, this isn't to say that a content employee isn't a motivated one. Rather, you may be surprised at how driven some of your most disgruntled workers actually are, and that's something you can use to your advantage.

Getting to the root of the problem

Clearly, your goal as a manager shouldn't be to have a bunch of frustrated workers on your team. You want a group of workers who are content in their roles because if they aren't, they're more likely to jump ship. But if you do have employees who seem miserable, or who are outwardly vocal about their day-to-day displeasure, you might as well capitalize on those workers and put their energy to good use.

The next time an employee of yours gripes about something at work, empower him or her to change it. Better yet, challenge that person to come up with a plan to do things differently so that he or she is inspired to impress. You may be surprised at the bright ideas that come to fruition as a result.