Has it happened to you, too?

Many of us experience our share of career setbacks, a common one of which is having a gap in employment. A good 59% of workers, in fact, have found themselves out of work for a notable period of time, according to Monster.com, which can make for a tricky discussion during the job application process. If you're grappling with a glaring resume gap, the good news is that it doesn't have to hurt your job prospects -- provided you own up to it and present it in the right light.

Why workers have career gaps

There are many reasons why you might have a gap in your employment history, but here are some of the most popular explanations among today's workers:

Furthermore, the average gap in employment is 25 months among workers who took time off for one reason or another. 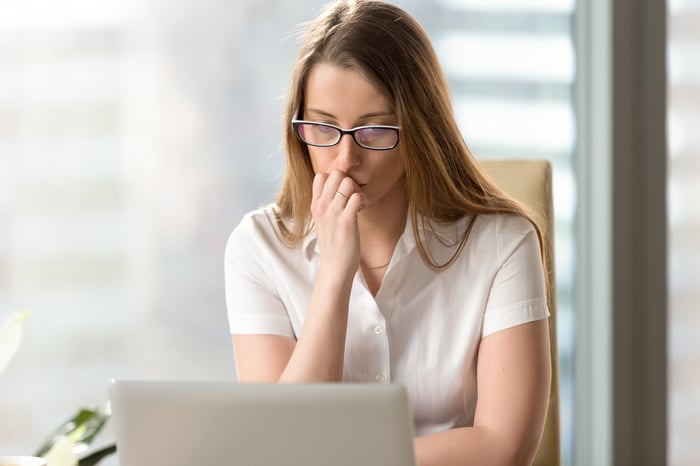 If you took time off for a substantial period of time, there's really no easy way to hide it -- so don't bother. In fact, if you do attempt to cover it up, you might look worse in the eyes of a potential employer. A better bet, therefore, is to be honest about your career gap and focus on the fact that you're now ready to get back in the game.

Say you took a few years off to raise children. A potential employer might question whether you're really ready to return to work, or whether you'll be able to give a job your all in light of the fact that you have kids. To preempt that line of thinking, you might explain that you took time off specifically to raise your children while they were at their youngest and neediest, and now, having done that, you're in a place where you're once again ready for a job.

Now let's say you took time off to travel because you were feeling really burned out at your old job. You might worry that a prospective employer will look at you as flaky or flighty, but instead, explain that now that you've had that break, you're more mentally refreshed and energized to work.

No matter your reason for taking a break from the workforce, the key is to spin it positively. At the same time, though, it helps to share some of the things that gap taught you. For example, if you took time off to raise kids, you might explain how it taught you to multitask better and to cope with stress and unplanned hiccups. If you took time off because you simply needed a break, you can explain how it helped you learn more about yourself and what you really want from a job.

Even if you were fired from your last role, you can still spin that situation positively. For example, you might say that you've since had time to reflect on the ways you fell short of expectations, and that you've taken steps to avoid a repeat of your past mistakes.

No matter how you explain your employment gap, don't lie about it, and also don't let it serve as a source of shame. The more matter-of-fact you are when discussing it, the less likely it'll be to hurt your chances of getting hired.