You polished up your resume, updated your skills, and finally managed to land an interview that, if all goes well, will lead to your next job. There's just one thing you're worried about: that glaring resume gap.

It's not uncommon to have a gap on your resume. Maybe you took time off to raise your children, care for an ill family member, or travel. Or, perhaps you were out of work for a longer period than expected after losing a previous job. There are plenty of explanations behind a resume gap, but the problem is that some employers don't take kindly to them. If you spent some time out of the workforce, here's how to get past it during an interview. 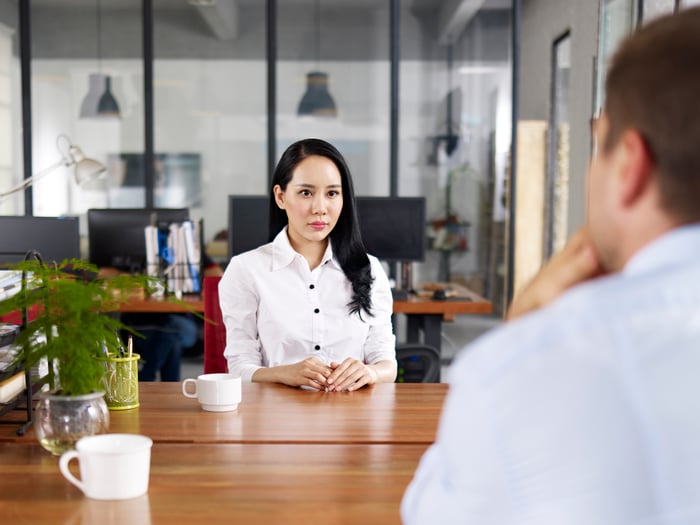 1. Prepare for the question

Your interviewer is going to want to know about that gap in your resume, but don't be too quick to take that as a bad sign. Rather than let that question throw you, prepare for how you're going to answer it, and accept that it's a reasonable thing for a prospective employer to want to know about.

2. Be honest about what you did during that time

Whether you took time off to care for a child or find yourself in the mountains of Asia, one of the worst things to do is lie about it. Instead, explain the circumstances that led to your time off, and what you did during that period. It may be that your old company laid you off and offered you six months' worth of compensation, and so you decided to take advantage and explore the globe. That's not necessarily a bad thing, so don't turn it into one.

Similarly, if you have a sizable resume gap because you were laid off and couldn't find work, simply state that after losing your last job, you wanted to make certain your next role was really the right fit, and the ideal opportunity just hasn't yet come up. That's a more than reasonable explanation as to why you might be on your sixth month of unemployment.

Every experience in life offers its own learning opportunity, so if you're staring down a gap in your resume, turn it into something positive for your interviewer. Rather than shy away from the topic, explain how taking time away from your career gave you a chance to learn new skills, make new connections, or figure out what it is you really want to do.

For example, imagine you took a few years off to raise children. You might relate some stories about how caring for multiple young kids helped you become an expert multi-tasker. If you own your time off rather than treat it as a source of shame, you're more likely to convince your interviewer to overlook that gap.

4. Prove that your time away didn't hurt you

One major concern that employers have with resume gaps is a regression or absence of skills. Say you're an accountant who spent five years out of the workforce. After that long a break, are you really up to date on the rules? Similarly, if you're an IT professional who took a year off, a prospective employer might wonder whether you're up on the latest technology.

That's why it's critical to prove to your interviewer that your time away from the workforce didn't cause you to fall behind. Using our examples, if you're an accountant, highlight the fact that you kept up your continuing education requirements, even though you weren't working at the time. If you're in IT, offer up an example of a new technology or process you've been reading up on or playing around with. No matter the circumstances, give your interviewer every reason to think that you're just as up-to-speed as the candidates who didn't take time off like you did.

Though a resume gap might seem like a black mark on your work history, it doesn't have to be. Knowing how to handle that gap in an interview will put you in the best position to get past it -- and ultimately get yourself hired.