Short-term positions can help your career in the long run.

Though the job market is pretty healthy right now and plenty of permanent opportunities abound, you might reach a point where you're struggling to land that type of role. And if that's the case, you may be considering a temp job just to get some money rolling in. Now the truth is that if you've been out of work for quite some time and need cash to pay your bills, a temp job is a reasonable solution. But don't assume that it won't benefit your career in other ways. In fact, there's much to be gained by accepting a temporary role, even if you'd rather get a permanent one.

1. You can grow your skills

The right temporary opportunity might allow you to dabble in things you've never worked on before, thereby increasing your skills in the process. Remember, any time you work in a new environment, you get to learn from the people around you, and the right knowledge boost could be just the thing that eventually lands you a permanent role. 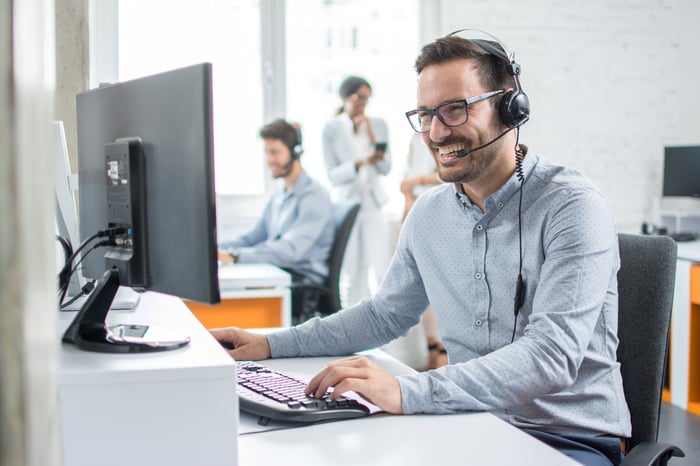 2. You can break into a new industry

Maybe you've worked in finance all of your life and now want to do something more creative. If you're having a hard time getting hired in a new field, temping might be a good solution. This way, you'll get some experience in that industry so that when you apply for a permanent role, it won't seem like such a reach.

3. You can expand your business network

The more places you work, the more people you'll meet. And that's important, because growing your professional network is one of the best ways to advance your career. Imagine you take a temp job out of desperation but wind up meeting someone with an in at a company you're really itching to work for. If that person refers you to an open role, your chances of landing an interview for it are likely greater than they'd be if you were to apply cold.

4. You can learn more about what you do and don't enjoy in a job

You might think you'll love working for an advertising agency, or that you'll really enjoy being an account manager and dealing with clients. But what if the former environment isn't for you, or the latter is too customer service-centric for your taste? A good way to pinpoint the job-related tasks you do and don't like in general is to try them on for size temporarily. In fact, taking a temp role might spare you the hassle of accepting the wrong permanent position and having to resign shortly after the fact.

One final thing: Just because you accept a role that starts out as temporary doesn't mean it can't evolve into a permanent job situation. You never know when a company's budget might change, or when a manager might realize that a short-term need on his or her team is, in fact, a long-term one. Furthermore, if you impress your employer by working really hard as a temp, that company might go so far as to create a permanent position for you. Therefore, don't despair if you can't find work that isn't temporary in nature. It could end up being one of the best things to happen for your career.