The wage gap is still very much alive and well. If you're tired of falling victim to it, here's how you can fight for a fair salary.

The fact that women typically earn substantially less than their similarly qualified male counterparts has been a source of discontent for years. It's estimated that the wage gap costs female employees $500 billion a year, and it's often the reason women struggle to achieve financial goals such as buying a home or building a large enough retirement nest egg.

It's therefore encouraging to hear that the divide between male and female salaries may be narrowing ever so slightly. A new report by PayScale shows that the gender pay gap has closed by $0.05 since 2015. But even with that change, women still only earn $0.79 for every dollar taken in by men. 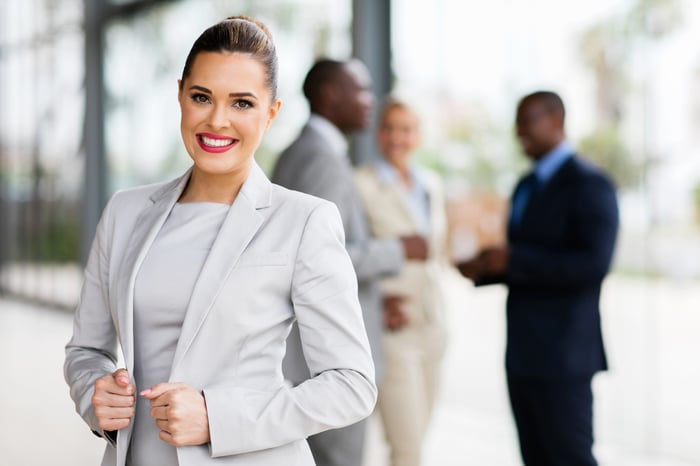 If you're a working female who's tired of being underpaid, you have every right to advocate for more equitable wages. Here's how.

It's easy to march into your boss's office and complain that the salary you make isn't fair given your level of expertise. A better bet, however, is to actually do some research to see what sort of salary you should be commanding based on your job title and responsibilities, and then show your manager exactly how your company is falling short.

Job site Glassdoor has a handy "Know Your Worth" tool that allows you to compare salary data based on critical factors such as experience level and geographic location (keeping in mind that salaries tend to be more generous in larger cities than in smaller metro areas). Plug in some information, see what you come up with, and then take that hard data to your manager. Remember, it's easier to prove that you're being underpaid based on averages than to prove that you're being underpaid because you're female.

2. Highlight your skills and credentials

Maybe the typical person in your role graduated college with a bachelor's degree. But if you hold a master's, or spent time obtaining a number of professional certifications that your colleagues don't have, that's something you'll want to bring to your boss's attention when arguing for a raise. Similarly, if you're the only person in your office who knows a certain programming language or is adept at building financial models, say so. Having unique skills should be your ticket to a more respectable salary, so if that's not the case, remind your manager what you bring to the table.

Though not every contribution at work can be measured financially, if you can show that you've made or saved your company money, it'll be a strong argument in your favor. Therefore, go through your records and aim to quantify the value you've brought to the table. If, for example, your new sales training program increased revenue by 10% last quarter, figure out what that translates to and put that number in front of your boss.

The wage gap may not fully close anytime soon, but that doesn't mean you can't fight for a better salary if you feel you deserve it. By staying quiet, you're only exacerbating a nagging problem, and frankly, you owe it to yourself to foster even a small amount of change.