It's no secret that women are statistically likely to earn less than men across a variety of professions. The good news is that the oft-bemoaned wage gap is narrowing, according to new data from PayScale. The problem, however, is that such a gap still exists, leaving women to fill in the financial holes left in their lives by lower earnings.

But it's not just the wage gap they need to worry about. There's another issue at play that causes women to fall short financially during their careers. It's called the opportunity gap, and it impacts female employees at various stages of life. 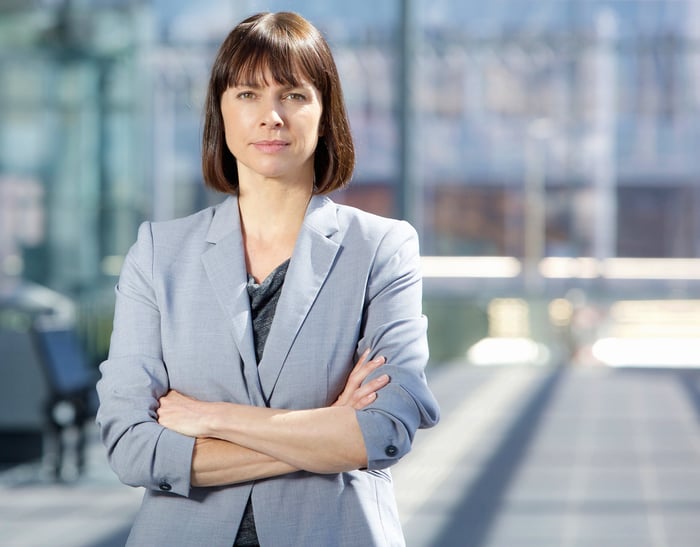 Consider this: Though roughly an equal percentage of men and women start as individual contributors (non-managers) in their 20s, a much smaller percentage of women manage to advance by the time their careers hit a midpoint. By age 30 to 44, 47% of men manage to attain manager status compared to just 40% of women. By late career -- age 45 and over -- a good 57% of men become managers compared to only 41% of women who are able to do the same. Even fewer women manage to score executive positions -- just 3% compared to 8% of men. And at the heart of the issue is the opportunity gap.

The opportunity gap refers to the different barriers that prevent women from working in higher-paying fields or holding down higher-paying roles. According to PayScale, women are grossly underrepresented in high-paying fields such as computer science and engineering, and are overrepresented in fields notorious for paying lower wages, like education and personal care. Part of this may be due to assumptions employers make as to which types of roles are suitable for women versus men. But let's also acknowledge that women might gravitate toward industries where they won't stick out like sore thumbs in a crowd of males.

There are additional barriers preventing women from advancing their careers and increasing their earnings as a result. Because women are more likely than men to be caregivers, whether in the form of raising their own children or tending to the needs of an adult family member, they're more likely to take time away from the workforce. When that happens, their skills tend to decline, and as the gaps on their resumes widen, they become less desirable job candidates. Then, when they attempt to reenter the workforce, they're stuck accepting lower-paying roles because their skills aren't up to date, and they're not really in a position to negotiate.

All of that can take a major toll on women's earnings and, in turn, their financial picture. In fact, women who take time off from their careers lose as much as $1 million in their lifetime in earnings, investments, and retirement savings, according to Merrill Lynch.

The solution? There isn't a simple one. Hopefully, with time, employers will rethink their assumptions and stop funneling women toward lower-level, lower-paying roles (whether intentionally or not). At the same time, women need to be their own advocates by fighting for higher wages when they're being blatantly underpaid. And women who go the caregiver route must keep their skills current during extended breaks from the workforce to give themselves the best chance of securing decent jobs when they're ready to return.