Please ensure Javascript is enabled for purposes of website accessibility
Log In Help Join The Motley Fool
Free Article Join Over 1 Million Premium Members And Get More In-Depth Stock Guidance and Research
By Maurie Backman - May 10, 2019 at 8:36AM

If it backfires, you may be in trouble, but the upside could be huge.

Even if you're relatively happy at work, there may come a point when you're tired of being stuck at the same salary level. As such, you may decide to negotiate for a higher income, especially if you can't remember the last time you were granted a raise.

Now, there are several tactics you can use to argue for higher pay. You can research what other professionals with your job title are making to see how your earnings compare, and present data that proves your company could do better. You can also highlight the unique skills you bring to the table, which might sway your employer to throw some extra money your way. 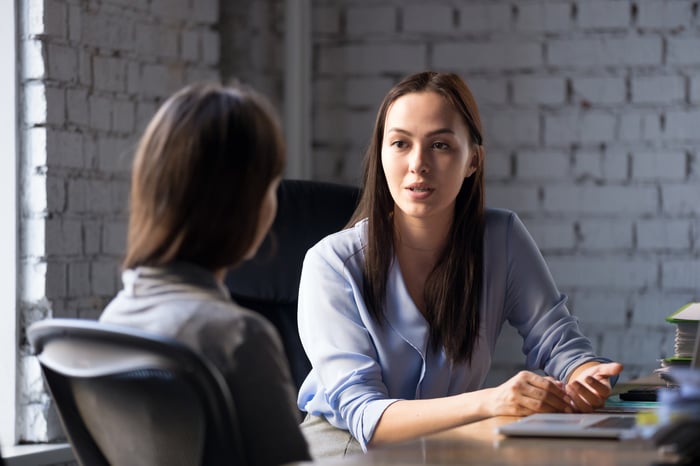 But there's another trick you might employ when trying to boost your own pay: seeking out a competing job offer and using it to effectively force your company into increasing your salary or risk having you up and leave. It's not entirely unethical, and it's also not particularly uncommon. In fact, 24% of workers say they've used a job offer from an outside company to negotiate a better salary at their current job, according to Jobvite. The question is: Is this move smart, or needlessly risky?

Will a competing offer drive your employer to do better?

Many companies don't give their workers raises unless they actually feel compelled to do so. Therefore, if you were to present a competing offer with a more generous salary than what you're making at present, it may light a fire under your employer to boost your earnings or risk losing you to a company that's sure to benefit from your talent.

Presenting a better offer from another source might also prompt your employer to rethink its compensation strategy. And that alone might lead to a better salary.

On the other hand, presenting a competing job offer with a higher salary won't guarantee that your company will step up and match what's on the table. Your employer might decide that you're too expensive at that salary level and encourage you to give your two weeks' notice. Or, your company might resent your lack of loyalty, and bid you adieu without even giving it another thought.

In other words, using a competing offer to score a higher salary is a somewhat dangerous move, and one with a potentially dramatic downside. Therefore, if you're going to go this route, make sure you're actually willing to take the new job that's on the table. If you're not, then you may be better off using other tactics to increase your pay, like keeping a running tab of the ways you're making or saving your company money and presenting that data once it sounds impressive enough to warrant a raise.

Fight for better wages -- with caution

In a relatively healthy job market like the one we have today, there's no sense in not arguing for a better salary if you feel you're underpaid. Just be careful about how you go about it. The last thing you want is to secure a higher offer from an undesirable employer for the sole purpose of snagging a raise at your current job, only to be told not to let the door hit you on your way out.