Please ensure Javascript is enabled for purposes of website accessibility
Log In Help Join The Motley Fool
Free Article Join Over 1 Million Premium Members And Get More In-Depth Stock Guidance and Research
By Maurie Backman – Updated May 29, 2019 at 7:15AM

Only a small percentage of employees have taken advantage of parental leave, and that's a problem.

Having a child is a life-changing experience, and one that parents need time to adjust to. And often, that means taking some time off from work.

In fact, 63% of American workers say that parental-leave benefits are important to them, according to a new report by Jobvite. But surprisingly, only 21% of workers have ever taken parental leave offered by their employer. Granted, not all workers require parental leave. But the question is: Why aren’t more taking it?

An estimated 40% of employers offer some type of paid parental leave, according to a 2018 survey by consulting firm Mercer. That's a nice increase from 2015, when only 25% of companies did the same. Still, the majority of U.S. companies don't offer paid leave, and as such, a large number of new parents force themselves to return to work shortly after the birth of a child to avoid the financial strain of missing a paycheck. 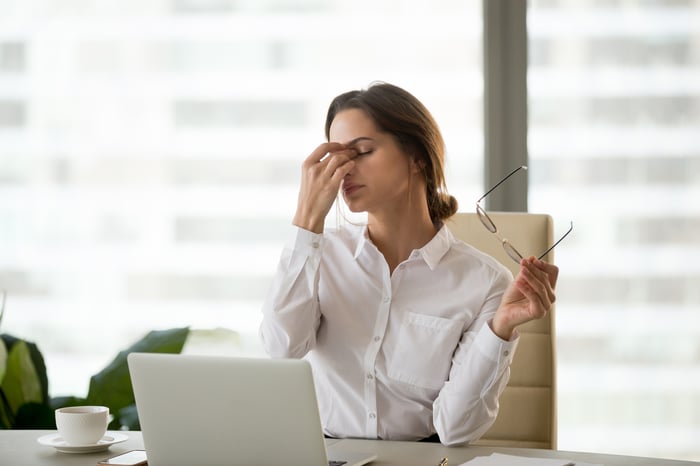 By law, private companies with at least 50 employees must offer parental leave under the Family Medical Leave Act (FMLA). Employees who qualify under the FMLA can take up to 12 weeks of unpaid leave to care for a new child, but there's no universal law compelling employers to pay them for that time. Some states, however, do mandate that companies provide paid leave, so the rules can vary depending on where an employee lives. But in many cases, workers forgo the option to take time off because they simply can't afford to.

Even employees with paid leave don't always capitalize on it. For some, it boils down to a fear of losing their specific jobs as a result of having been away from the office too long.

Under the FMLA, employees who take leave to care for a child are guaranteed to be able to return to an equivalent job with the same salary they were used to. But employers do not have to hold specific jobs open while workers take leave, as long as they follow this rule. Therefore, in theory, if you are a marketing manager, you could take 12 weeks off following the birth of a child and come back to find that you are now an operations manager -- a similar title, but not necessarily the same role.

Taking time off for parental leave can be especially challenging for men due to the pressure or stigma involved. Since men aren't forced to contend with the physical implications of childbirth, many employers set high expectations for them to be back on the job almost immediately. In fact, 76% of fathers take one week off or less following the birth or adoption of a child, according to a study by the Boston College Center for Work & Family.

Workers need to stand their ground

Though it's easy to see why so many employees don't take advantage of parental leave, the fact is that by rushing back to work, they're doing themselves a disservice. For women, not taking the time to recuperate from childbirth can lead to a host of medical issues. And returning too soon can result in poor performance that, in more extreme cases, could actually lead to termination.

But that's not all. If workers don't do a better job of taking the parental leave they're entitled to, companies may stop offering time off beyond the requirements dictated by the FMLA. And that would truly be an unfortunate step backward.