Please ensure Javascript is enabled for purposes of website accessibility
Free Article Join Over 1 Million Premium Members And Get More In-Depth Stock Guidance and Research
By Maurie Backman - Jul 25, 2019 at 9:18AM

Maybe the role isn't what you expected. Maybe you just don't fit with the culture. Maybe there are other issues. Before you rush for the door, try these three steps.

It happens to the best of us: You applied for a position you thought you really wanted. The interview went great, and before you knew it, you had an offer in front of you, which you eagerly accepted. But after a few short weeks on the job, you're realizing it isn't really right for you.

Maybe you're not happy with the actual day-to-day responsibilities involved in the role. Or maybe you find the company culture unsuitable. Or perhaps there are sources of friction and stress in your department that you didn't anticipate. Regardless, you shouldn't resign yourself to suffering in a job you're unhappy with, but it can be tricky to up and leave so soon after getting hired. This is especially true if you work in a fairly close-knit industry where companies talk, because the last thing you want is to develop a reputation for being unreliable. So, rather than run that risk, consider taking the following steps when your new job just seems wrong. 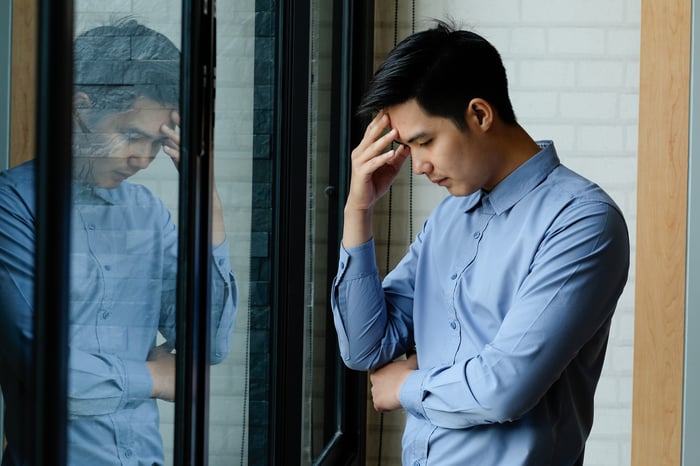 1. Be open with your manager

Your boss may not realize how unhappy you are in your new job unless you come out and say so. And once you do, they may be perfectly open to talking about it, and letting you exit gracefully.

Or, your manager might ask for an opportunity to step up and find ways to address the things that are discomfiting you, in which case you're pretty much obligated to sit tight and give them a chance to try. The good news is that if you do, things might improve to the point where the idea of staying on board doesn't sound so bad, at least for a limited period of time (say, six months or a year). The key, either way, is to start that conversation.

That said, be diplomatic, and if possible, put more of the onus on yourself than on the company. For example, you might say something like, "I didn't realize there would be so much in-depth data analysis" rather than "Heavy-duty data analysis wasn't in the job description you gave me when I interviewed."

2. Explore other options within the company

Leaving a job within a month or so of starting it is bound to come off as harsh to the people who hired you. But if you're able to find another job within the company that's a better fit, asking to switch over may soften that blow.

Remember, a big part of getting up to speed at a new company is learning its general policies and procedures. If you move internally, both you and your employer won't have wasted the resources involved in all of that on-boarding. So before you gear up to jump ship, talk to different colleagues and managers, and see what internal opportunities might exist for you.

If you really can't make things work at your new job even after talking things through with your manager, and there's no other position available that better suits you, you may have no choice but to resign, even if you're doing so within weeks of getting hired. But do so professionally. In this situation, it wouldn't hurt to go above and beyond the standard of giving two weeks' notice -- you might want to give your employer a solid month of advance warning time, or even more. In doing so, you'll send the message that you're sorry things aren't working out, and that you're not looking to leave the company in the lurch.

Sometimes, no matter how much of an effort you make to vet a new job, you wind up accepting one you shouldn't. If that's the situation you're in, be open about it, explore other opportunities within the company, and resign professionally if it comes to that. What you shouldn't do, however, is force yourself to stick it out for an extended period for fear of how a rapid exit will look. If you leave early, you will have some explaining to do in future interviews, but if you stay put for months on end, you'll only grow increasingly miserable, and you may even end up stunting your career growth in the process.