Please ensure Javascript is enabled for purposes of website accessibility
Log In Help Join The Motley Fool
Free Article Join Over 1 Million Premium Members And Get More In-Depth Stock Guidance and Research
By Maurie Backman – Aug 29, 2019 at 5:55AM

Too low a salary? Not enough hours? It's a frustrating scenario, but one you have the ability to change.

If you've been following the news, you're probably aware that U.S. unemployment is at a refreshing low. Underemployment, however, is still a problem in the workforce, as evidenced by new data from outsourcing company Airtasker.

If you're not familiar with the term, underemployment refers to having a job that doesn't meet your financial needs or align with your level of education or training. In some cases, it can also mean you're not working enough hours or working too many hours based on the compensation you're offered in return.

In Airtasker's survey, employees who work between 40 and 50 hours a week say they should be earning an extra $12,000 a year, on average. For those who work more than 60 hours a week, that number climbs to a whopping $29,000. 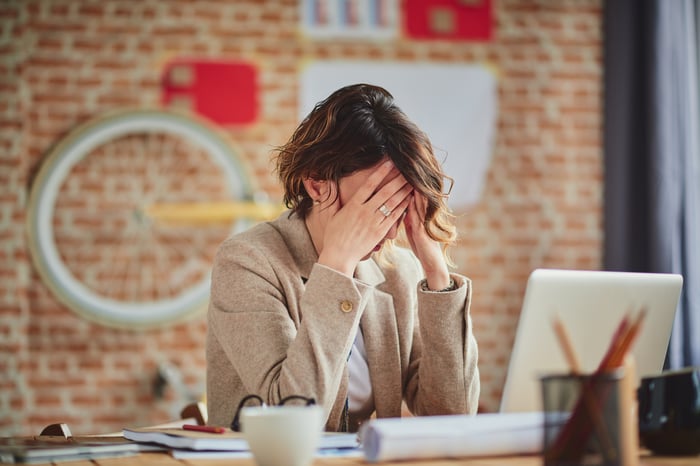 Not shockingly, millennials are more likely than older generations to feel underemployed. But that doesn't mean seasoned workers don't struggle with underemployment, either. If you're not satisfied with your level of employment or the compensation associated with it, here are a few ways you might help remedy the situation.

The fact you went to college isn't guaranteed to score you a higher salary, unfortunately. Similarly, being in the workforce for a certain amount of time doesn't guarantee you'll be compensated the way you expect to be. Rather than continuing to be frustrated, you should work on boosting your skills.

These include skills that are specific to your job or the soft skills that can make you a more valued -- and well-paid -- employee, including time management, communication, personal organization, and problem solving. Getting certified in a specific area or skill might also help boost your compensation or put you in a position where you're able to apply for jobs you feel are on your level.

If you want the option to increase your hours or salary, it helps to be someone your employer can't afford to lose. To that end, do some digging to identify areas your company really needs help in and become the person who can fill in those gaps. That could mean learning a software program no one else internally is familiar with, or brushing up on your bookkeeping skills to get your company's otherwise messy accounts in order.

3. Don't be afraid to see what's out there

The job market is fairly healthy today. If you've made it clear to your company that you feel you're underemployed, and no steps have been taken to remedy the situation, then you're free to throw whatever loyalty you may have been harboring out the window to pursue opportunities elsewhere. In fact, it pays to reach out to your network of contacts and look into jobs that might bring you more satisfaction in terms of what you do and what you're paid.

It's an unfortunate fact that a large number of educated, hard-working people find themselves underemployed and overly frustrated. If that sounds like you, don't resign yourself to that scenario. Instead, take steps to move your career in a more positive, fulfilling direction.