Please ensure Javascript is enabled for purposes of website accessibility
Log In Help Join The Motley Fool
Free Article Join Over 1 Million Premium Members And Get More In-Depth Stock Guidance and Research
By Maurie Backman – Sep 28, 2019 at 8:18AM

The sooner you do it, the better.

We all want to succeed professionally, and for some of us, that means snagging a pay boost, a promotion, or both. But in many cases, achieving those goals could boil down to one simple move: checking your performance review from last year and improving on the areas in which you were lacking.

The purpose of performance reviews

Though some companies have done away with annual performance reviews, they're still alive and well in many organizations. The purpose of that review is to give you a sense of how you're doing professionally -- where you're excelling and where you need to step up your game. 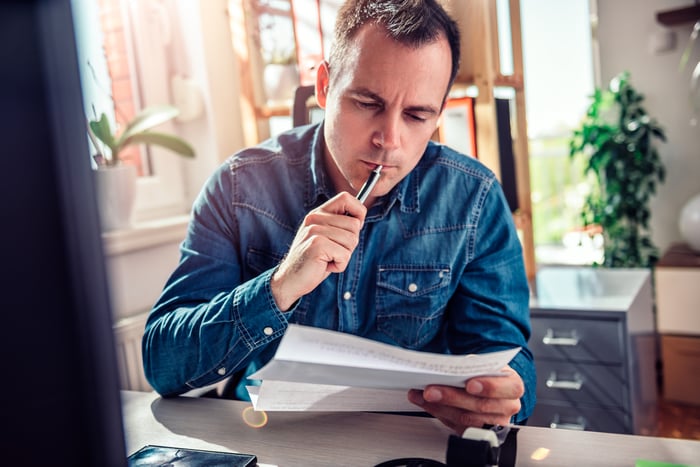 It's common practice for a manager to give that review around the end of the calendar year and to summarize his or her findings in writing -- so chances are, you have a copy of your performance review sitting around in a file at your desk. Or maybe you have an email copy. No matter the case, now's the time to bust out that review and refresh yourself on its contents. That's because you still have a few months before the end of the year to take your boss's feedback to heart and give him or her a reason to promote you or boost your pay.

Benefiting from your performance review

Typically, a performance review will indicate what you're already good at and where you need work. It's the latter section you'll really want to pay attention to, because if you're able to make a marked improvement in those areas, your boss is apt to notice.

For example, if your boss indicated on last year's review that you need to give stronger presentations, start stepping up in that area. Incorporate more graphics if that's what your manager has suggested, and work on practicing public speaking so you're able to deliver those presentations with more confidence.

If your boss dinged you on last year's review for not paying enough attention to detail, start carving out more time to proofread reports before submitting them. Or buddy up with a colleague who received similar criticism and agree to edit each other's work.

But don't just work to improve in areas in which you were criticized; you should also aim to build on the areas in which you succeeded. For example, if you were applauded for your solid time management, take things one step further by setting up a team calendar that helps everyone better track deadlines. If you were complimented on your ability to stay cool under pressure, volunteer to head up a high-profile project with lots of moving parts between now and the end of the year. That way, you can show your manager that you're able to continue growing professionally while addressing your shortcomings.

Many people who receive performance reviews file or toss them and don't think anything of it. But if you really want to land a promotion or raise this year, carve out some time to reread that review sooner rather than later.

You still have enough time before the end of the year to make notable improvements on the job, and a little effort on your part could make you very happy when your next performance review rolls around.