Please ensure Javascript is enabled for purposes of website accessibility
Log In Help Join The Motley Fool
Free Article Join Over 1 Million Premium Members And Get More In-Depth Stock Guidance and Research
By Maurie Backman - Oct 12, 2019 at 9:18AM

Struggling to advance at your company? Hard work may not be enough.

Many people are taught from a young age that hard work yields results. Study for exams, and you'll get good grades. Do a good job for your employer, and you'll manage to climb the ladder.

But, unfortunately, effort doesn't always lead to success. You might hit the books for hours in an attempt to prepare for an exam, only to falter on the spot and wind up with a "C" instead of that coveted "A." And the same holds true in the working world -- you might do an excellent job at whatever it is you're hired for, only to find that you're stuck in the same role for years without any hopes of a promotion. 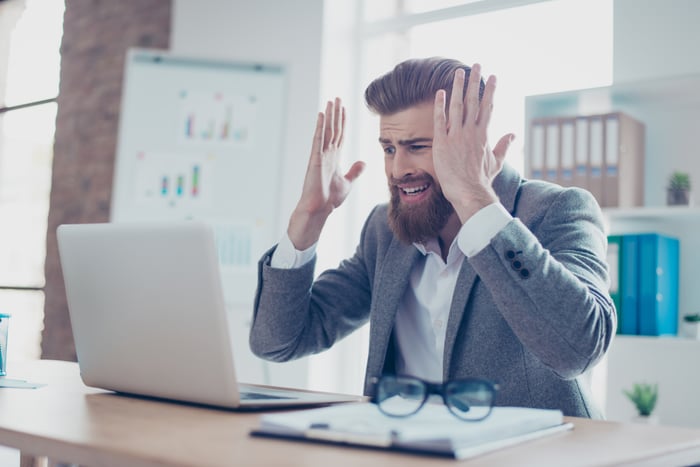 Part of the problem stems from the fact that there's a lot of talent out there. College degrees are becoming the norm for white collar jobs, so entering the workforce with one no longer gives you an edge. And in today's "always on" culture, employees across the board are just plain wired to work hard. Even if you're constantly staying late at the office, checking email after hours, and coming in weekends, it may not be enough to distinguish yourself enough from the pack. Throw in the fact that baby boomers are working longer, whether because they love what they do or they're behind on retirement savings, and it's easy to see why promotions are hard to come by -- seasoned employees aren't giving them up.

All of this explains why 40% of U.S. workers are dissatisfied with the opportunities for advancement in their jobs, according to CNBC and SurveyMonkey's Workplace Happiness Survey. If you're frustrated by the fact that a promotion has thus far been out of reach at your company, don't give up. There are a few things you can do to increase your chances of landing one.

Sometimes, it takes hard numbers to sway an employer to grant a promotion. That's why it helps to produce results that can actually be quantified. For example, if you're an IT associate who designs a fix that reduces internal system bugs by 40%, that's an impressive number to put in front of your management team when making the case to be promoted. Similarly, if you're a marketing associate whose recent campaigns lead to a 20% uptick in sales, that's a figure you'll want to present as well.

2. Be your own advocate

To land a promotion, you often need to come out and ask for one. Employers don't always give them out as a matter of course, so if there's a position you're after, say so.

3. Don't be afraid to jump ship

In some scenarios, the best way to get promoted is to pursue opportunities outside your current company. If you've been producing results and have actually asked for a title change only to be denied, and on more than one occasion, then it pays to dust off your resume and see what's out there. Some companies don't promote people internally because they want to keep them in their current roles, and that does make sense. If you're a valued contributor on your IT team who's seeking a management role, your boss may not want to promote you because once that happens, you'll spend more time doing administrative work and less time troubleshooting. Therefore, in some cases, the best solution is to simply move on.

In an ideal world, hard work would equate to getting a promotion. In the real world, it doesn't always happen. Take action if you've gotten stuck in a rut -- your happiness at work depends on it.